Jan Bartek – MessageToEagle.com – Analysis of teeth of extinct lemurs has revealed fascinating clues to the evolution of humans, a University of Otago study has found.

Lead author Dr. Ian Towle, of the Sir John Walsh Research Institute in the Faculty of Dentistry, says the “surprisingly large” monkey lemur, Archaeolemur, had novel anatomical features not seen in living lemurs, such as lacking a “tooth comb” in the front of the mouth for grooming. 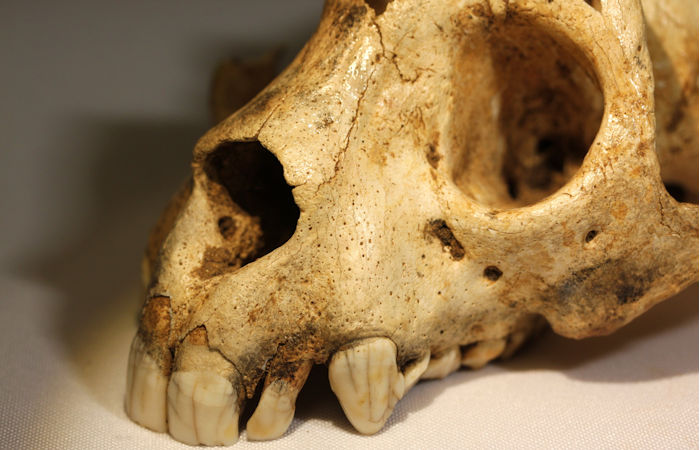 “These extinct lemurs are so different to those alive today. They also show fascinating similarities to monkeys and apes, including humans,” he says.

The study, published in the American Journal of Biological Anthropology, aimed to assess the diet of Archaeolemur by analyzing chipping in 447 teeth, comparing chipping frequencies to those of other primates.

The results were surprising—with these remarkable extinct lemurs with dentitions resembling baboons in shape; but presenting tooth chipping patterns similar to fossil hominins such as Neanderthals.

“Archaeolemur tooth chipping patterns are unlike any living primate, with their front teeth showing substantial fractures, often with numerous tooth chips on a single tooth, yet very little chipping on their back teeth.

The results fit with previous research on Archaeolemur, in particular evidence that their large and robust front teeth may have been used to process a diet containing hard and tough foods.

Dr. Towle thinks the study raises the “fascinating possibility” that stone tools do not necessarily explain the high rate of fractures on Neanderthal teeth.

“Archaeolemur shows similar tooth chipping patterns, yet there is no evidence to suggest they were capable of, or used, such tools.

“Studying extinct primates not only provides crucial insight into their diet and behavior, but also elucidates our own evolutionary history.”

Given the overlap in skull and dental shape, and potential similarities in diet and behavior, it is perhaps not surprising that Archaeolemur was thought to be an ape when first discovered in Madagascar over 100 years ago.

“Archaeolemur is a brilliant example of convergent evolution, showing remarkable similarities to monkeys and apes. This species also highlights the extent to which lemurs in Madagascar diversified into a variety of ecological niches.”

The study was published in American Journal of Biological Anthropology