Jan Bartek – MessageToEagle.com – Sustainability is a 21st century buzzword, but a new interdisciplinary study shows that some communities have been conducting sustainable practices for at least a thousand years.

Published in the Proceedings of the National Academy of Sciences and coauthored by University of Oregon archaeologist Scott Fitzpatrick, the study integrates data from archaeology, history and paleoecology to gain new insight into human-environmental interactions in the deep past. Focused on tropical island archipelagoes including Palau in Micronesia, the interdisciplinary data suggest that human-driven environmental change created feedback loops that prompted new approaches to resource management. 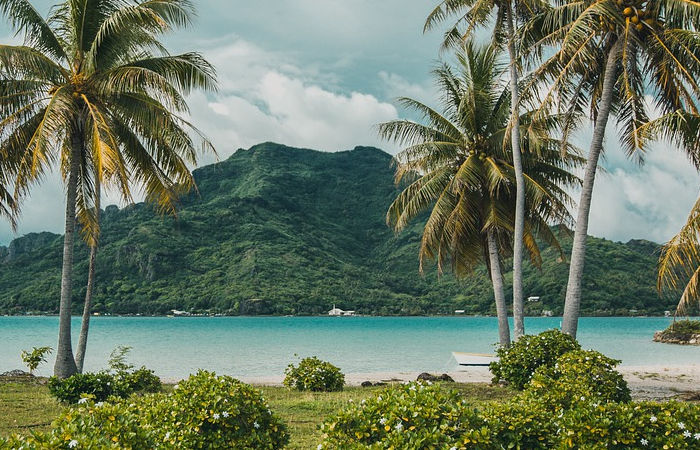 The data from Palau point to human impacts on marine ecology beginning about 3,000 years ago, impacts that affected fish populations and therefore one of ancient Palau’s most important food sources.

“Islanders apparently responded to those impacts by inventing new, sustainable practices,” said Fitzpatrick, a professor of anthropology and the associate director for research at the Museum of Natural and Cultural History.

The archaeological data indicate that the first Palauans settled in the interiors of its largest islands around 3,000 years ago, where they cleared forested areas and built earthen terraces to support agriculture. Then, in a move that has long stumped archaeologists, those communities gradually abandoned the interior regions in favor of the coastal margins where, beginning about 1,200 years ago, they built villages and established taro gardens buffered from the sea by mangrove forests.

Fitzpatrick and study co-author Christina Giovas, an archaeologist at Canada’s Simon Fraser University, turned to environmental and historical data in hopes of learning more about what drove the migration and related changes. They first examined geologic core sample data from the region, which revealed an increase in erosion as the earliest agriculture took hold in the island interiors. The erosion would have contributed to increased runoff, in turn impacting the marine environment.

Fitzpatrick said that the core samples offered some possible insight into the coast settlement pattern as well as the new food production strategies established in the coastal villages.

“Were early Palauans altering their strategies as a means of conserving marine food resources?” he asked. “From paleodietary studies to historical data, it’s clear that sea life has been a major part of their subsistence for 3,000 years, so it makes a lot of sense that they would make the changes necessary to preserve those resources.”

To dig deeper, the authors looked to the recent past, zeroing in on Palauan taro cultivation as a possible historical analog.

“Historically, Palauan communities have situated taro gardens behind mangroves, partly because mangroves offer ideal conditions for taro cultivation but also because they effectively trap sediment and prevent its runoff into the ocean,” Fitzpatrick said. “Based on the paleoecological and archaeological data, it seems that this unique, integrated agricultural system may have its roots in ancient Palau and may have originated specifically because of its mitigating effects.”

Fitzpatrick said that the study demonstrates the value of an interdisciplinary approach when examining human-environmental interactions in the deep past.

“The archaeological data tell us that a population moved from the interior to the coastal margins, but it’s the paleoecological and historical data that can help us understand why,” he said.

The authors contrasted their findings for Palau with similar data from the Caribbean that suggested a different pattern, where overfishing and agricultural intensification may have created an unsustainable feedback loop centuries or even millennia ago.