Jan Bartek – MessageToEagle.com – The same four factors that explain how people change their beliefs on a variety of issues can account for the recent rise in anti-science attitudes, a new review suggests.

But politics in modern society have amplified how those factors work, making them a potent force in the growing rejection of science.

In a paper published in the Proceedings of the National Academy of Sciences, three researchers who study attitudes and persuasion explain the rise in anti-science beliefs today and what can be done about it. 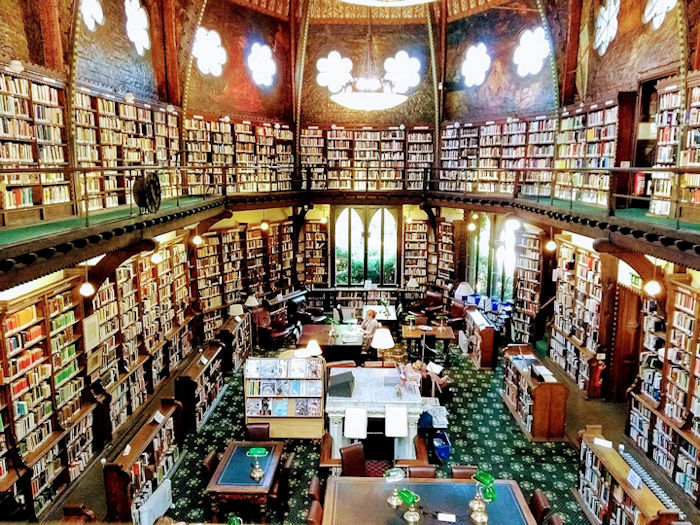 “The classic work on persuasion still applies to what we’re seeing today as many people reject the science of vaccines, climate change and other subjects,” said Aviva Philipp-Muller, lead author of the paper. “But there are evidence-based strategies that can work for increasing public acceptance of science.”

Philipp-Muller, who did the work as a doctoral student in psychology at The Ohio State University, is now an assistant professor at Simon Fraser University.

Anti-science beliefs are built on four foundations, or bases, the authors said. These foundations are: thinking scientific sources lack credibility; identifying with groups that have anti-science attitudes; a scientific message that contradicts a person’s current beliefs; and a mismatch between how a message is presented and a person’s style of thinking.

“What all four of these bases have in common is they reveal what happens when scientific information conflicts with what people already think or their style of thought,” said co-author Richard Petty, professor of psychology at Ohio State.

“These kinds of conflict are hard for people to handle, and that makes it easier for them to just reject scientific information that doesn’t already fit into what they believe.”

While these foundations can explain why people reject science, there has been a marked increase in anti-science attitudes in the past decades, the authors said.

Petty said he has been particularly struck by the sudden growth of anti-vaccination advocates in the United States and elsewhere.

“Vaccinations used to be a standard thing that everyone accepted. But there have been a few developments in recent years that have made it easier to persuade people against the scientific consensus on vaccinations and other issues,” he said.

One, of course, is the rise of social media and a variety of news sources where people can get their own version of the facts.

But the authors point to another related development: the growing importance of political ideology in the modern world.

“Politics were always around, and people had political views, but politics didn’t permeate everything. Science and scientific beliefs were separate from politics at one time, but not anymore,” Petty said.

And because politics today are a core part of people’s identity, ideology affects how they react to scientific evidence that has been politicized, such as climate change.

“Some people may reject new scientific information because it is easier to do that than overturn their pre-existing political beliefs,” Philipp-Muller said.

For example, take source credibility. Research shows that people see others with similar political views as more expert and knowledgeable. Because liberals and conservatives find different news sources credible, they expose themselves to different sources of scientific information—and misinformation.

Research on attitudes and persuasion shows how to address some of the key principles that drive anti-science attitudes, according to the authors.

One way to counteract anti-science attitudes, for example, is to convey messages that show an understanding of other viewpoints.

“Pro-science messages can acknowledge that there are valid concerns on the other side, but explain why the scientific position is preferable,” Philipp-Muller said.

For example, messages on preventing the spread of COVID-19 can acknowledge that wearing masks can be uncomfortable, but explain the discomfort is worth it to prevent the spread of disease.

Another key is to find common ground with people who reject science—even if what you have in common has nothing to do with science.

“People get their defenses up if they think they are being attacked or that you’re so different from them that you can’t be credible,” Petty said. “Find some places where you agree and work from there.”

Petty and Philipp-Muller said they hope more scientists learn about the psychology of how to communicate about their work to the public.

“Psychological research can help scientists learn to present their work to different kinds of audiences, including those who might be skeptical.”

Philipp-Muller added: “There’s an opportunity to counteract the anti-science attitudes and sentiment that is out there. We have to use evidence-based strategies to increase public acceptance of science.”

Spike W.S. Lee of the University of Toronto also co-authored the paper.