Eddie Gonzales Jr. – MessageToEagle.com – Physicists have discovered a new way to coat soft robots in materials that allow them to move and function in a more purposeful way. The research, led by the UK’s University of Bath, is described today in Science Advances. 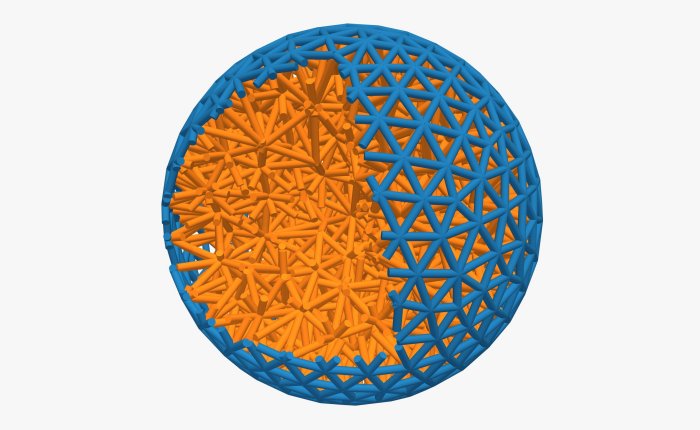 Authors of the study believe their breakthrough modeling on ‘active matter’ could mark a turning point in the design of robots. With further development of the concept, it may be possible to determine the shape, movement and behavior of a soft solid not by its natural elasticity but by human-controlled activity on its surface.

The surface of an ordinary soft material always shrinks into a sphere. Think of the way water beads into droplets: the beading occurs because the surface of liquids and other soft material naturally contracts into the smallest surface area possible—i.e. a sphere. But active matter can be designed to work against this tendency. An example of this in action would be a rubber ball that’s wrapped in a layer of nano-robots, where the robots are programmed to work in unison to distort the ball into a new, pre-determined shape (say, a star).

It is hoped that active matter will lead to a new generation of machines whose function will come from the bottom up. So, instead of being governed by a central controller (the way today’s robotic arms are controlled in factories), these new machines would be made from many individual active units that cooperate to determine the machine’s movement and function. This is akin to the workings of our own biological tissues, such as the fibers in heart muscle.

Using this idea, scientists could design soft machines with arms made of flexible materials powered by robots embedded in their surface. They could also tailor the size and shape of drug delivery capsules, by coating the surface of nanoparticles in a responsive, active material. This in turn could have a dramatic effect on how a drug interacts with cells in the body.

Work on active matter challenges the assumption that the energetic cost of the surface of a liquid or soft solid must always be positive because a certain amount of energy is always necessary to create a surface.

Dr. Jack Binysh, study first author, said: “Active matter makes us look at the familiar rules of nature—rules like the fact that surface tension has to be positive—in a new light. Seeing what happens if we break these rules, and how we can harness the results, is an exciting place to be doing research.”

Corresponding author Dr. Anton Souslov added: “This study is an important proof of concept and has many useful implications. For instance, future technology could produce soft robots that are far squishier and better at picking up and manipulating delicate materials.”

For the study, the researchers developed theory and simulations that described a 3D soft solid whose surface experiences active stresses. They found that these active stresses expand the surface of the material, pulling the solid underneath along with it, and causing a global shape change. The researchers found that the precise shape adopted by the solid could then be tailored by altering the elastic properties of the material.

In the next phase of this work—which has already begun—the researchers will apply this general principle to design specific robots, such as soft arms or self-swimming materials. They will also look at collective behavior—for example, what happens when you have many active solids, all packed together.