MessageToEagle.com – A unique 9,000-yearl-old ritual spear with engraved ornament has been unearthed by archaeologists excavating in Bolków near Lake Świdwie, Poland.

Scientists say it’s a very unusual artifact and similar objects from this period have not been discovered in Europe before. To decipher the carvings on the spear, researchers used X-ray images. Now, the ancient scenes and motifs can be revealed.

The spear is made of ash wood and was was discovered during excavations in the vicinity of previously studied shamanic sanctuary from the early Mesolithic.  According to archaeologists about 9 thousand years ago mysterious rituals were performed in this place.  The spear’s shape resembles an elongated paddle blade. A very large section has been preserved, about 40 cm long and almost 10 cm wide. 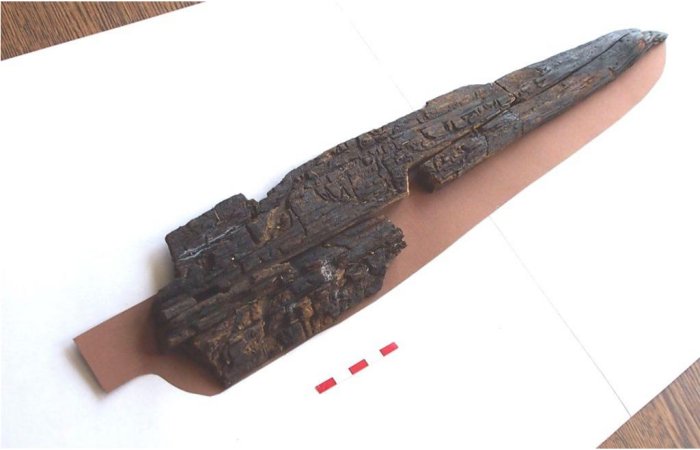 The unique aspect of the find is the rich decoration on its outer, slightly convex side: interwoven geometric and zoomorphic patterns.

“The construction of the spear, and above all the presence of ornamentation indicate that it was a ritual object associated with the beliefs of Mesolithic peoples inhabiting the lakeside settlements and hunting camps,” Tadeusz Galiński from the Szczecin branch of the Institute of Archaeology and Ethnology PAS said.

With help of X-ray technology, researchers could take a closer look at the ancient engravings.

“They showed the presence of different combinations of geometrical patterns in the form of single and grouped triangles, zigzags, herringbone, horizontal and vertical short notches and the dominant theme of short perpendicular incisions, arranged along the lines. Also visible are depictions of stylized human and animal figures,” Tadeusz Galiński said. 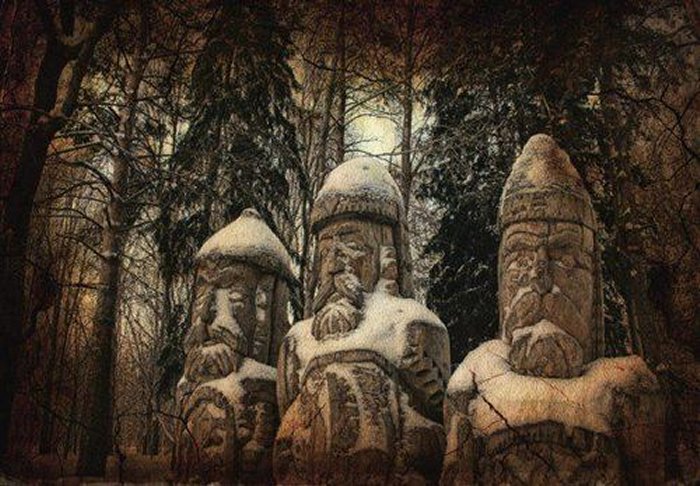 Before the arrival of Christianity, people in Poland worshipped many different gods and practiced many ancient, mysterious rituals.

The analysis shows that central place in the image formed by the carvings has a ritual scene with three human figures. One of them is wearing a characteristic mask, made of widely branched antlers. 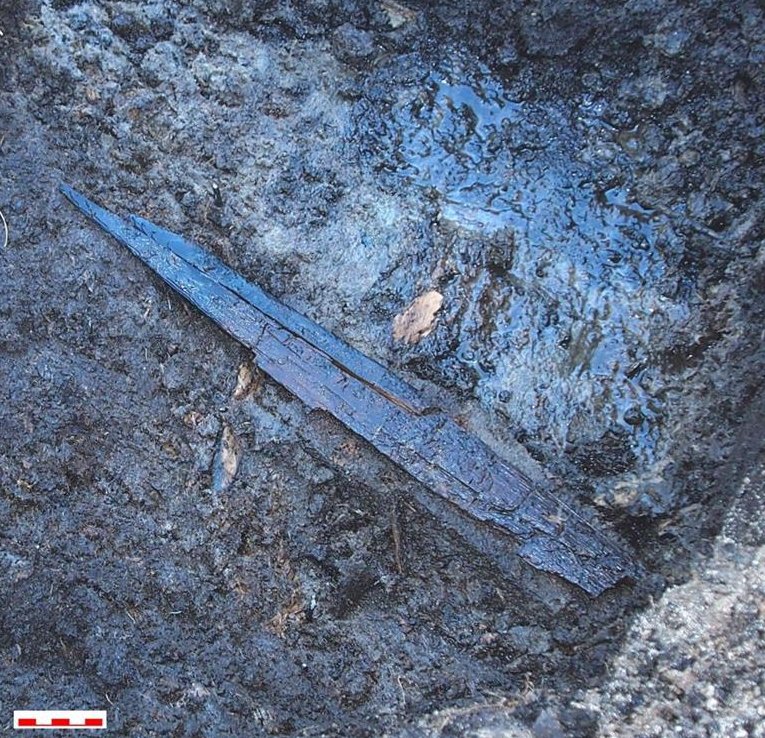 The spear was more than a meter below the peat surface. T. Galiński

“It certainly symbolizes a shaman – a spiritual guide of the community” – added Prof. Galiński.

The second figure is shown without clothes – drawn with a single thick line. Its position suggests performing a ritual dance. Hands are raised upwards. The third figure is presented in a long robe and carrying a bundle, possibly an offering – suggested Professor Galiński.

Biskupin: A 2,700-Year-Old Defensive Settlement Of Lusatian Settlers In Poland

The scene takes place on the shores of a lake, by two boats. On the opposite side, in the background, there is an encampment composed of at least four shelters, presented in the form of several adjoining slender triangles. 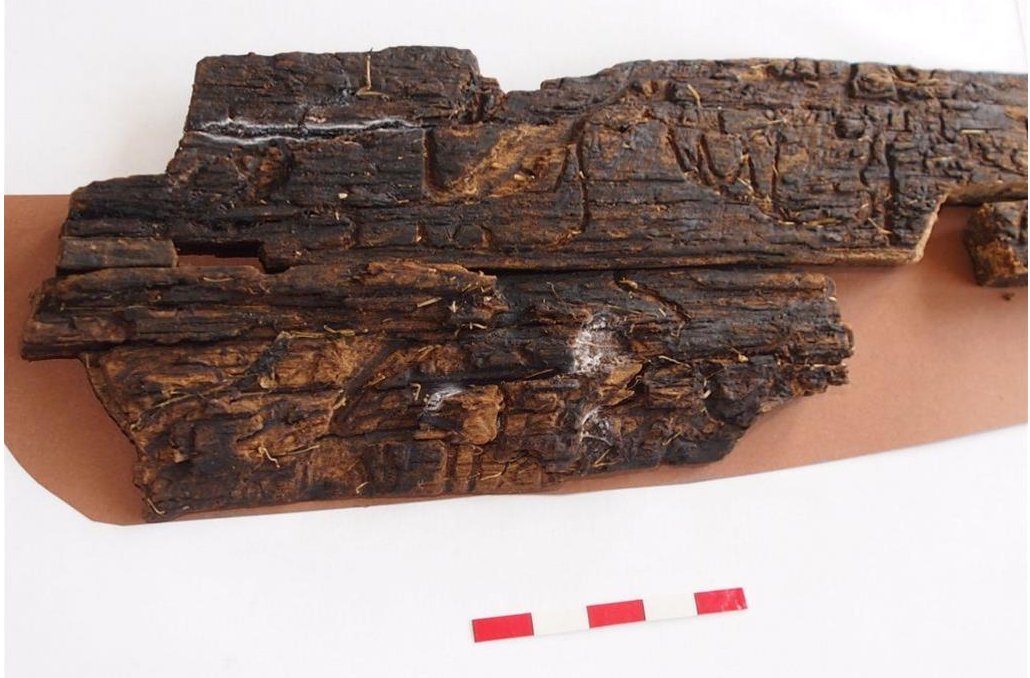 In the maze of cuts and carvings, archaeologists also noticed images of forest animals and birds.

Scientists have come across many artifacts that clearly show mysterious ancient rituals were performed in this region. Previously excavations revealed among other things, a meteorite located inside one of the huts, wooden censer used during rituals, stick with an unusual shape, and even the object is made of birch bark, which is described as a fragment of a ritual mask.

Further analysis of the wood will ultimately allow to determine whether the artifact should also be associated with the shamanic sanctuary.