Whether the great Macedonian king had plans establishing a world empire remains undetermined. What we can say with certainty is that he managed to successfully spread Greek culture, also known as Hellenism, across his empire. 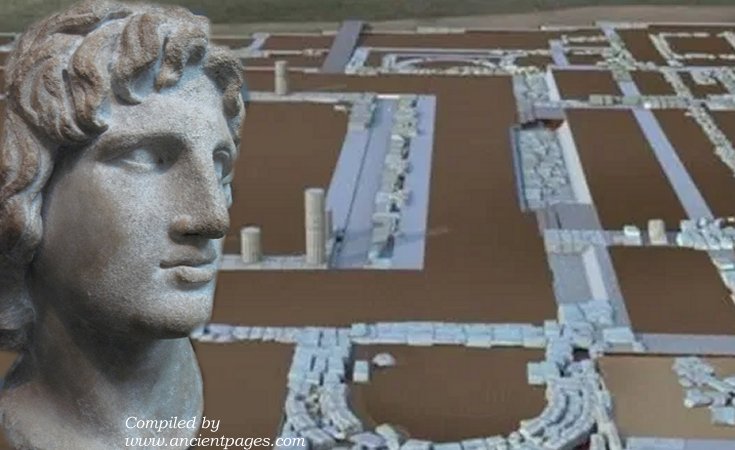 We can read dozens of books and watch equally many movies about Alexander the Great’s life, conquests, and death. But if we really want to learn more about him, why not start by visiting the place where he was born?

Where Was Alexander The Great Born?

Alexander the Great was born in 356 B.C. in Pella, a region of the Ancient Greek kingdom of Macedonia. He was the son of King Philip II of Macedon and Queen Olympia, daughter of King Neoptolemus.

To those who are interested in strange historical coincidences, it’s worth remembering he was born on the same day the temple of Artemis at Ephesus burned to the ground. 1

The magnificent temple of Artemis in Ephesus, one of the Seven Wonders of the ancient world by Herostratus, an arsonist who was certainly determined to put his name in the history books. In modern languages, the term “Herostratic Fame” relates to someone who commits a criminal act in order to bask in the resultant notoriety.

When Alexander the Great opened his eyes for the first time he had no knowledge of any destroyed temple but his parents’ plans that their small baby boy would one day become of the greatest names in history were not unrealistic.

Like all ordinary children, Alexander the great was just a boy who loved to play and enjoy what life had to offer. Part of the palace where he was born was excavated in 1957. At the time of the discovery, no one knew this was the birthplace of the Macedonian king. It was only later when archaeologists found previous artifacts understood the importance of the ruined building. 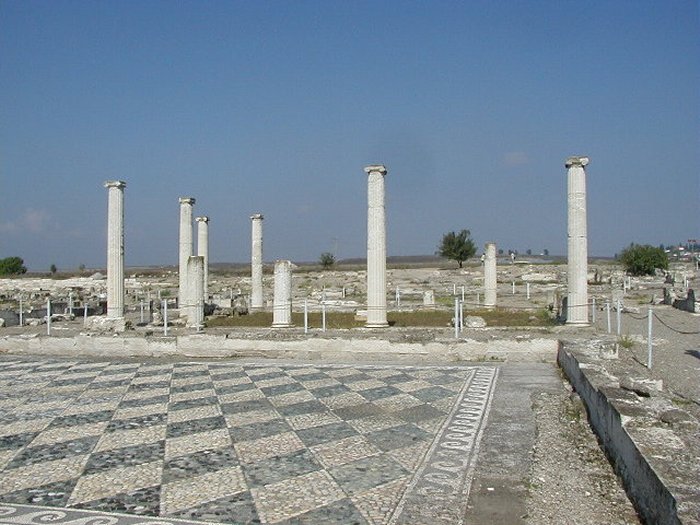 In 168 B.C., when the Macedonians were defeated by the Romans the palace was looted.  According to the head of the Ephorate of Antiquities, “the Romans did not destroy the city but looted the palace, where of course there were treasures. They even took the king and his family as slaves in Rome, to show their triumph.

The fate of the royal family was unspeakably cruel, and the once-glittering palace was abandoned to its ignominious fate as well. However, the city continued to exist during Roman times, since the Egnatia Highway, a road that connected East and West, passed through it.” 2

It has taken years of hard work to restore the palace, and now Greece’s Ministry of Culture estimates that the palace in Pella where Alexander the Great was born will be open for visitors next summer.

“The visitor will be able to see the palace’s floor plan at the foundation level while the goal of the Pella Ephorate of Antiquities is to present a digital tour in the visitor center, which is expected to be built in 2023.

According to the Greek Reporter, “in the center, the visitor will be able to watch the digital representation not only of the palace where the Macedonian king was born, but the complex which consisted of seven huge buildings as well, with inner courtyards, corridors, stairwells and galleries which were connected to each other.” 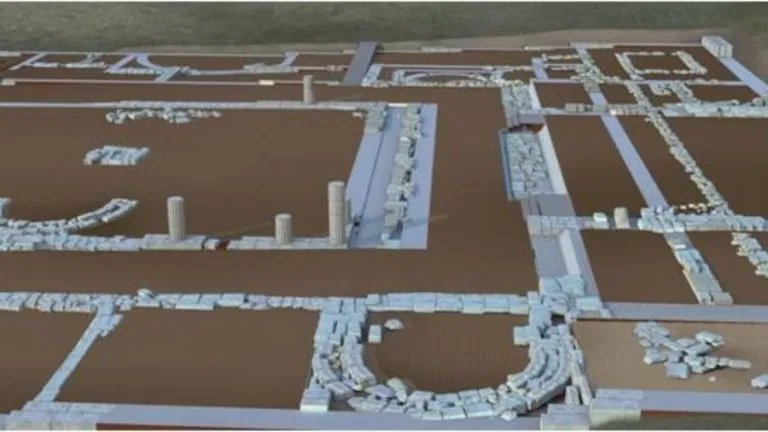 Image provided by the Ephorate of Antiquities of Pella to Amna news agency: This is the photorealistic image of a building where banquets were held with the participation of the king, the central courtyard with an altar in the middle and arched platforms with a ritual character, the floor plan of building 1 of the monumental entrance and the east portico and the map of the area, in the context of the proposal to designate the palace.

“The total area is around 70 acres. These dimensions can be understood if we take into account the fact that Pella was the capital of the Macedonian Kingdom at the time. The original palace was smaller, but it was expanded after the campaign of Alexander the Great.

The period from 320 to 250 BC was a time of great prosperity for Macedonia, while the wealth of the palace was also known. Let’s not forget that throughout the third and second century BC, Pella was the center of the Macedonian Kingdom, one of the most important states of the time,” the director of Pella  Ephorate of Antiquities, Elisavet Tsigarida, told AMNA.

Visiting the palace of Alexander the Great will be a wonderful journey back in time. The visitor will be able to see the place where the young prince played and exercised with children of the aristocracy.

Being the child of a King, Alexander had time for ordinary games, but his military training started at an early age. “Throughout his early years his mother was never far from his side and took a passionate interest in her son’s welfare. She was determined that he would keep his rightful place as Philip’s heir at all costs and worked tirelessly to that end.

Did you know: Alexander The Great Was Crowned Pharaoh And Declared Son Of God Amun 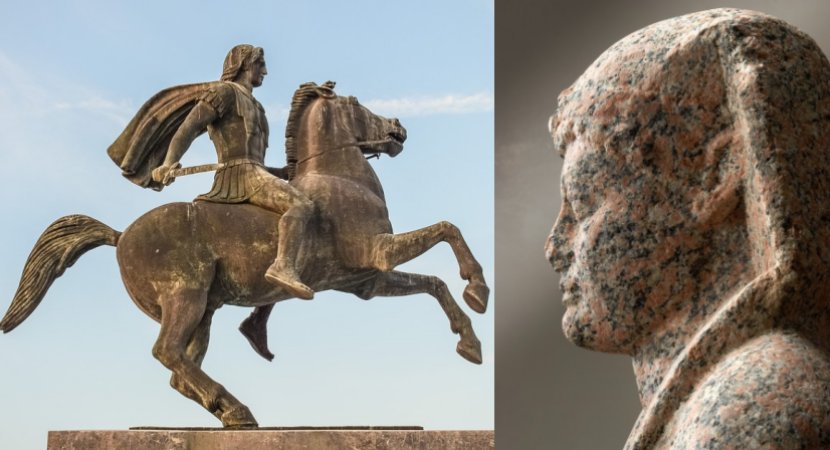 Mother and son were close from the beginning and remained so throughout Alexander’s life, sometimes to his exasperation.

Alexander did not, however, grow up a spoiled and pampered prince. From almost the day he could walk he began his training in war. Philip’s most skilled veterans drilled him in archery, swordplay, and especially horsemanship. Few days passed when Alexander did not mount a favorite horse and tear across the Macedonian plains.” 1

Whoever has the opportunity to visit the palace where Alexander the Great was born will hopefully feel the atmosphere that surrounded the young Macedonian prince before he became a mighty conqueror.

“When Alexander was 13-year-old prince, his father, Philip II, Macedonian ruler of the kingdom of Macedon from 359 B.C. to 336 called Aristotle to his court. Aristotle was a tutor worthy of the prince, so Philip employed him and paid a handsome and appropriate fee.

Alexander did not stay that long in the palace in Pella because King Philip assigned to Aristotle the Precinct of the Nymphs at Mieza, a village in ancient Macedon as a place of education of his son Alexander.

There is no doubt that the teachings of Aristotle influenced Alexander the Great and shaped his personality as well.