MessageToEagle.com – The legend of Prester John arose during the period of the Crusades when European Christians hoped to regain the Holy Land (Palestine) from the Muslims.

Prester John was said to be a wealthy Christian king and priest with a kingdom located somewhere outside of the Western European realm. With a limited access to proper maps and many still unexplored places, there was a great confusion as to where exactly his powerful kingdom was located. During the Middle Ages, people thought the legendary kingdom of Prester John was in the Far East, India, and, finally, the interior of Africa.

Did the mythical kingdom of Prester John really exist? 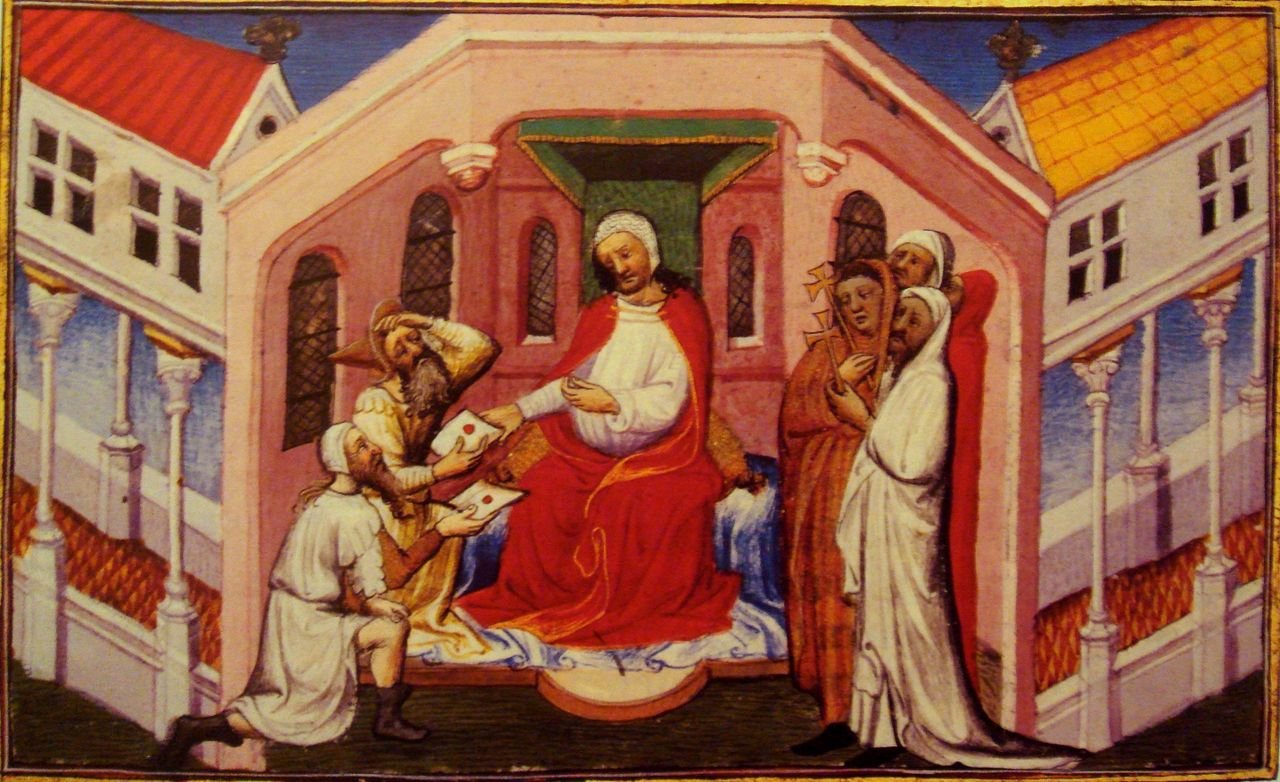 The story of Prester John was first mentioned by Bishop Otto of Freising in his Chronicon (1145). According to the bishop, Prester John was a rich king, priest and a lineal descendant of the Magi who had visited the Christ child. It was believed that the great king ruled over a kingdom full of riches, marvels, and strange creatures.

Bishop Otto of Freising had learned about the story from Bishop Hugh of Jabala in Syria. Hugh was an emissary of Prince Raymond of Antioch seeking Western aid against the Saracens after the Siege of Edessa, and his counsel incited Eugene to call for the Second Crusade. He told Otto, in the presence of the Pope, that Prester John, a Nestorian Christian who served in the dual position of priest and king, had regained the city of Ecbatana from the brother monarchs of Medes and Persia, the Samiardi, in a great battle “not many years ago”. Afterwards Prester John allegedly set out for Jerusalem to rescue the Holy Land, but the swollen waters of the Tigris compelled him to return to his own country.

Nothing more about Prester John and his kingdom was heard of for many years, not until about 1165 when copies of what scholars believe to be a forged Letter of Prester John started spreading throughout Europe.

This particular letter was supposedly written to the Byzantine Emperor Manuel I Comnenus (1143–1180) by Prester John, descendant of one of the Three Magi and King of India.

Europeans became fascinated with the many marvels of richness and magic of Prester’s kingdom that was associated with peace, and justice administered by a court of archbishops, priors, and kings. The letter also stated that Prester John was the guardian of the shrine of St. Thomas, the apostle to India, at Mylapore, India. It did not take long before the letter was translated into numerous languages, including Hebrew. With the invention of printing, the letter and story of Prester John became even more widespread.

Part of the letter’s essence was that a lost kingdom of Nestorian Christians still existed in the vastnesses of Central Asia.

The credence given to the reports was such that Pope Alexander III sent a letter to Prester John via his physician Philip on September 27, 1177. Nothing more is recorded of Philip, but it is most probable that he did not return with word from Prester John.

Unfortunately, the fate of the letter is unknown.

The Mongol Empire’s rise gave Western Christians the opportunity to visit lands that they had never seen before, and they set out in large numbers along the Empire’s secure roads. Belief that a lost Nestorian kingdom existed in the east, or that the Crusader states’ salvation depended on an alliance with an Eastern monarch, was one reason for the numerous Christian ambassadors and missionaries sent to the Mongols.

So, was the entire story of mythical Prester John really true? Many searched for the legendary kingdom. These include Franciscan explorers Giovanni da Pian del Carpine in 1245, William of Rubruck in 1253 and even Marco Polo, but none of them could located the place. After the mid-14th century, explorers concentrated on Ethiopia. The kingdom of Prester John was identified with the negus (emperor) of that African Christian nation, but once again, the kingdom could not be found.

According to the legend this remarkable kingdom was somewhere in Asia. Maybe one day we will find ancient ruin that can be linked to the mythical kingdom. It is also possible this place never existed.

The emergence of the legend coincided with the first Crusades of European armies into the Near East.  The legend then seems to indicate a hope for a powerful kingdom that could serve as an ally in the European campaign to recapture Jerusalem.