Eddie Gonzales Jr. – MessageToEagle.com – A team of scientists has identified an additional force that likely contributed to a mass extinction event 250 million years ago. Its analysis of minerals in southern China indicate that volcano eruptions produced a “volcanic winter” that drastically lowered earth’s temperatures–a change that added to the environmental effects resulting from other phenomena at the time.

The research, which appears in the journal Science Advances, examined the end-Permian mass extinction (EPME), which was the most severe extinction event in the past 500 million years, wiping out 80 to 90 percent of species on land and in the sea. 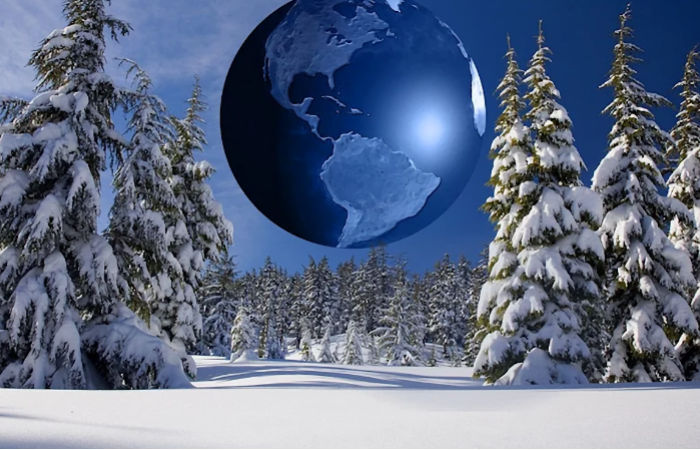 “As we look closer at the geologic record at the time of the great extinction, we are finding that the end-Permian global environmental disaster may have had multiple causes among marine and non-marine species,” says Michael Rampino, a professor in New York University’s Department of Biology and one of the authors of the paper.

For decades, scientists have investigated what could have caused this global ecological catastrophe, with many pointing to the spread of vast floods of lava across what is known as the Siberian Traps–a large region of volcanic rock in the Russian province of Siberia. These eruptions caused environmental stresses, including severe global warming from volcanic releases of carbon dioxide and related reduction in oxygenation of ocean waters–the latter causing the suffocation of marine life.

The team for the Science Advances work, composed of more than two dozen researchers, including scientists from China’s Nanjing University and Guangzhou Institute of Geochemistry as well as Smithsonian Institution’s National Museum of Natural History and Montclair State University, considered other factors that may have contributed to the end of the Permian Period, which stretched from 300 million to 250 million years ago.

Specifically, they found mineral and related deposits on land in the south China region–notably copper and mercury–whose age coincided with the end-Permian mass extinction in non-marine localities. Specifically, these deposits were marked by anomalies in their composition likely due to sulfur-rich emissions from nearby volcanic eruptions–they were covered by layers of volcanic ash.

“Sulfuric acid atmospheric aerosols produced by the eruptions may have been the cause of rapid global cooling of several degrees, prior to the severe warming seen across the end-Permian mass-extinction interval,” explains Rampino.

The team’s findings suggested that the Siberian Traps eruptions were not the sole cause of the end-Permian mass extinction, and that the environmental effects of the eruptions in South China, and elsewhere, may have played a vital role in the disappearance of dozens of species.