A. Sutherland – MessageToEagle.com – What would happen if the Earth’s axis suddenly tilted by 50 degrees or more?

It may sound like the plot of a bad science fiction movie, but scientists say it’s an academic question — geological records show such shifts have happened several times throughout the planet’s history, with dramatic effects on climate and sea level.

Harvard researchers are now answering one of the key questions related to such shifts: Once its axis tilts, how does the Earth “know” how to return to its normal orientation?

These events — known as true polar wander — may have been caused by “pulses” of convection in the Earth’s mantle below the surface, with the resulting return of the poles driven by both the elasticity of the tectonic plates around the planet’s surface and by the flattening of its shape around the equator, Jessica Creveling, a former Harvard grad student and now a postdoctoral fellow at the California Institute of Technology (Caltech) suggests. 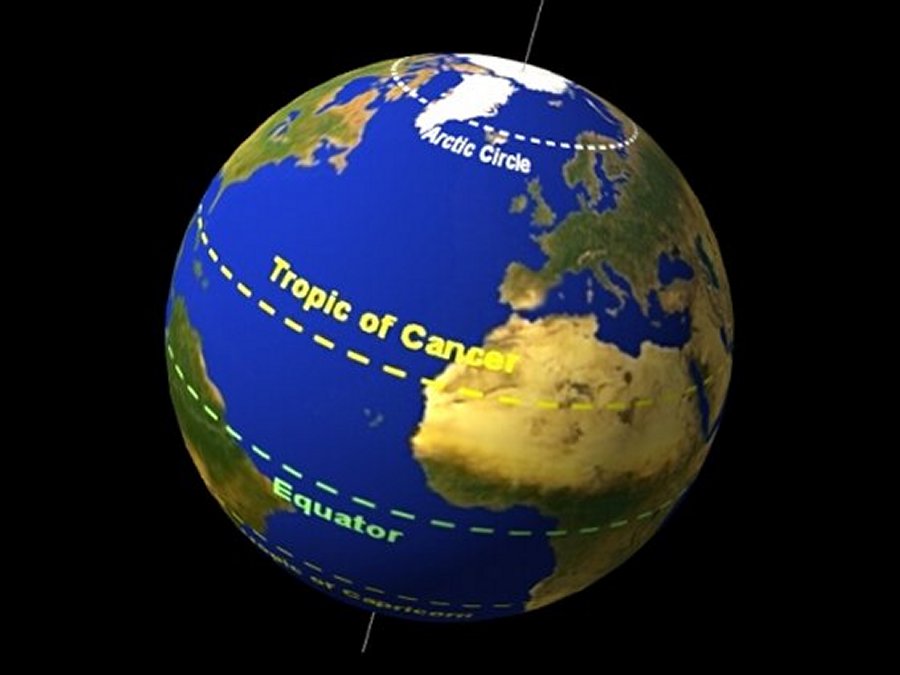 “The idea you can take the Earth, tip it over and somehow the system always knows where it’s come from— that’s a peculiar idea,” said Creveling.“For me, that’s the quirky, dynamic issue and the challenge of this. In fact, all of the classic papers in this field argue that when the pole moves, it loses all memory of its previous location.

We’re saying that this is not the case. There is something in the system that tells it, ‘Here’s where you come back.’”
In explaining these remarkable episodes of polar wander, Mitrovica and Creveling also point to changes in the flow of the Earth’s mantle that occur during periods when tectonic plates come together to form supercontinents.

Amasia (‘Pangaea Proxima’): Next Supercontinent Will Appear And Form One Continent On Our Planet

The massive landmasses act like thermal blankets, and “it is at these times when the Earth will be provoked into a large true polar wander event,” Mitrovica said.

To understand how the Earth “knows” how to return to its original orientation, Creveling and Mitrovica turned to two images, the first being the stretching of a rubber band.

Previous research conducted by Mitrovica uncovered a similar phenomenon on Mars. However, while the Earth’s surface is made up of many different plates, the surface of Mars consists of a single plate.

As the planet shifts on its axis, stress on the tectonic plates that make up Earth’s crust increases, Mitrovica explained. That increased stress acts like a stretched rubber band, gradually pulling the planet back to its original rotation axis, even after millions of years of rotation at a different angle.

“We have shown that even with those breaks, [the Earth] still has a bit of that rubber band effect,” Mitrovica said.

The second effect at work in drawing the planet back to its original orientation, Mitrovica explained, is similar to that of a toy punching bag that bounces back up after being pushed over.

Jerry X. Mitrovica (center), professor of geophysics, and Jessica Creveling illustrate their research using a model of the Earth inside the Geological Museum at Harvard. Ngai Ham Chan, a research assistant in the Department of Earth and Planetary Sciences, joined them in the project. Credits: Kris Snibbe/Harvard Staff Photographer

Because the Earth is not a perfect sphere, when the rotation pole moves, the extra mass centered around the equator acts like an anchor, pulling the pole back to its original place.

These massive shifts in the Earth’s position could have played a role in the planet’s long-term development, and life on it.

“I think it is an important piece of the puzzle. It will help us understand how the Earth evolved from where it was to where it is now,” Creveling said.