Don Wood – MessageToEagle.com – In recent years, Earth’s North magnetic pole has been drifting from Canada towards Siberia. This change has confused scientists a bit, but researchers think they can now explain the fast movement of the pole. 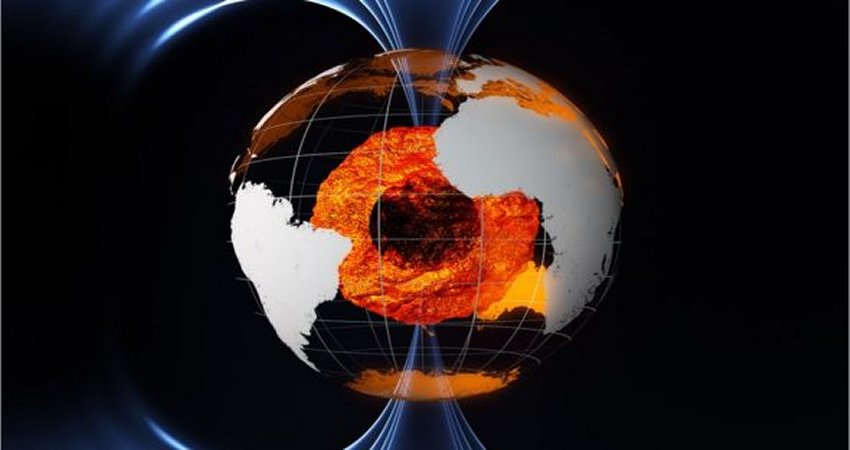 First identified by explorer James Clark Ross in the 1830s, the Earth’s north magnetic pole was centered over the Nunavut territory in Canada. The magnetic pole has changed location but very slowly. In the 1990s something happened, and it began to pick up speed, moving from Canada toward Siberia in Russia.

The movement of the pole has naturally been of interest as it forces changes to navigational systems and smartphones that use its location as a focal point. But what kind of forces are moving the pole towards Russia? This question has long been a riddle, but we seem to be learning more about this process now.

In a recent study published in the journal Nature Geoscience, researchers has proposed a cause for the shift. According to a science team from Leeds University, the behavior is explained by the competition of two magnetic “blobs” on the edge of the Earth’s outer core. 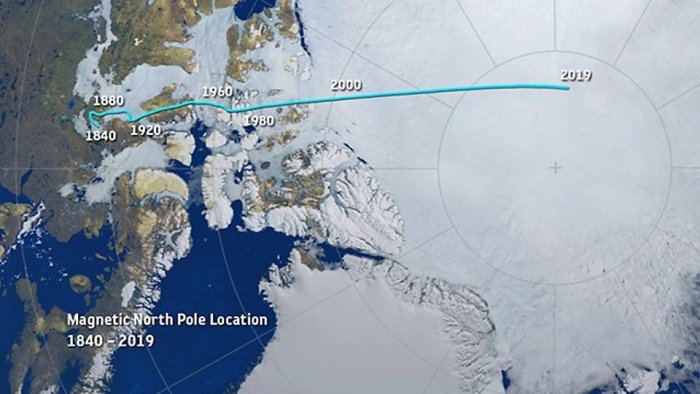 The North Magnetic Pole has moved rapidly in recent years away from Canada towards Russia. Credit: BBC

Changes in the flow of molten material in the planet’s interior have altered the strength of the above regions of negative magnetic flux.

“This change in the pattern of flow has weakened the patch under Canada and ever so slightly increased the strength of the patch under Siberia,” explained Dr Phil Livermore.

“This is why the North Pole has left its historic position over the Canadian Arctic and crossed over the International Date Line. Northern Russia is winning the ‘tug of war’ if you like,” he told BBC News.

There are three poles present on the top of the planet, but only the North Magnetic pole or dip has been moving about. The other poles are a geographic pole and a geomagnetic pole.

The North Magnetic pole is located where the field lines go perpendicular to the surface. With the magnetic pole shifting, frequent changes to the navigation system and mapping had to be made in these years.

The team’s latest modeling indicates the pole will continue to move towards Russia but will in time begin to slow. At top speed, it’s been making 50-60km a year.

“Whether or not it will move back again in the future is anyone’s guess,” researchers say.