Don Wood – MessageToEagle.com – It’s early days yet, so we shouldn’t jump to conclusions, but a new unorthodox study may have re-written the history of Earth’s early magnetic field. If scientists are correct the implications are huge, and the study could change how Earth’s history is understood.

In a study appearing March 15 in the journal Earth and Planetary Science Letters, Scripps Oceanography researchers Dave Stegman, Leah Ziegler, and Nicolas Blanc provide new estimates for the thermodynamics of magnetic field generation within the liquid portion of the early Earth’s mantle and show how long that field was available. 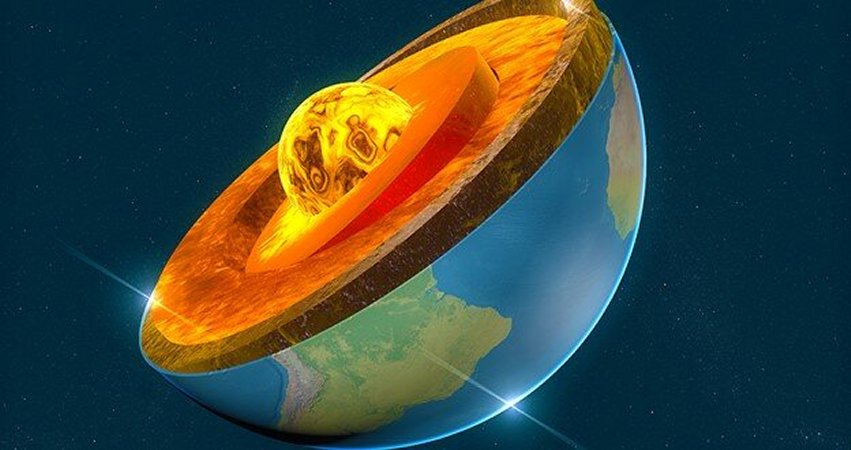 Scientists are finding that Earth’s mantle may have generated the planet’s early magnetic field. Credit: Naeblys

The paper provides a “door-opening opportunity” to resolve inconsistencies in the narrative of the planet’s early days. Significantly, it coincides with two new studies from UCLA and Arizona State University geophysicists that expand on Stegman’s concept and apply it in new ways.

“Currently we have no grand unifying theory for how Earth has evolved thermally,” Stegman said. “We don’t have this conceptual framework for understanding the planet’s evolution. This is one viable hypothesis.”

The trio of studies are the latest developments in a paradigm shift that could change how Earth history is understood.

It has been a bedrock tenet of geophysics that Earth’s liquid outer core has always been the source of the dynamo that generates its magnetic field. Magnetic fields form on Earth and other planets that have liquid, metallic cores, rotate rapidly, and experience conditions that make the convection of heat possible.

In 2007, researchers in France proposed a radical departure from the long-held assumption that the Earth’s mantle has remained entirely solid since the very beginnings of the planet. They argued that during the first half of the planet’s 4.5-billion-year history, the bottom third of Earth’s mantle would have had to have been molten, which they call “the basal magma ocean.” Six years later, Stegman and Ziegler expanded upon that idea, publishing the first work showing how this once-liquid portion of the lower mantle, rather than the core, could have exceeded the thresholds needed to create Earth’s magnetic field during that time.

The Earth’s mantle is made of silicate material that is normally a very poor electrical conductor. Therefore, even if the lowermost mantle were liquid for billions of years, rapid fluid motions inside it wouldn’t produce large electrical currents needed for magnetic field generation, similar to how Earth’s dynamo currently works in the core. Stegman’s team asserted the liquid silicate might actually be more electrically conductive than what was generally believed.

“Ziegler and Stegman first proposed the idea of a silicate dynamo for the early Earth,” said UCLA geophysicist Lars Stixrude. The idea was met with skepticism because their early results “showed that a silicate dynamo was only possible if the electrical conductivity of silicate liquid was remarkably high, much higher than had been measured in silicate liquids at low pressure and temperature.”

A team led by Stixrude used quantum-mechanical computations to predict the conductivity of silicate liquid at basal magma ocean conditions for the first time.

According to Stixrude, “we found very large values of the electrical conductivity, large enough to sustain a silicate dynamo.” The UCLA study appeared in the Feb. 25 issue of Nature Communications.

In another paper, Arizona State geophysicist Joseph O’Rourke applied Stegman’s concept to consider whether it’s possible that Venus might have at one point generated a magnetic field within a molten mantle.

These new studies are signs that the premise is starting to take hold, but is still far from being widely accepted.

Earth’s Magnetic Fields Do Affect The Human Brain- Yes, We Have A Magnetic Sense

“No one is going to believe it until they do it themselves and now two other highly esteemed scientists have done it themselves,” said Stegman.

“The pioneering studies of Dave Stegman and his collaborators directly inspired my work on Venus,” said O’Rourke. “Their recent paper helps answer a question that vexed scientists for many years: How has Earth’s magnetic field survived for billions of years?”

If Stegman’s premise is correct, it would mean the mantle could have provided the young planet’s first magnetic shield against cosmic radiation. It could also underpin studies of how tectonics evolved on the planet later in history.

“If the magnetic field was generated in the molten lower mantle above the core, then Earth had protection from the very beginning and that might have made life on Earth possible sooner,” Stegman said.

“Ultimately, our papers are complementary because they demonstrate that basal magma oceans are important to the evolution of terrestrial planets,” said O’Rourke. “Earth’s basal magma ocean has solidified but was key to the longevity of our magnetic field.” 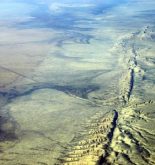