MessageToEagle.com – Bian Que was exceptional doctor who lived about 2,500 years ago. He possessed incredible skills in medicine, was gifted with clairvoyance and was well known as a doctor who could perform miracles.

According to the Chinese book “Shi Ji” that covers a 2,500-year period from the age of the legendary Yellow Emperor to the reign of Emperor Wu of Han in the 2nd century BC. , Bian Que lived in about in about the same period as Confucius.

Due to his extraordinary knowledge and healing he could perform, Bian Que was referred to as the Doctor of Miracles.

Bian Que was a not a man of medicine from the beginning. He worked as hostel manager when he was approached by an elderly patron who was impressed by 10 years of Bian Que’s kind and attentive services. The patron gave Bian Que his knowledge of medicine and his supernatural abilities as a gift.

The patron gave Bian Que a packet of medicine with instructions for its use, and a set of precious medical books before he mysteriously disappeared.

Bian Que took the medicine and 30 days later he could suddenly see through solid objects. In a short period of time, after studying the books, he was able to use his X-ray-like vision and knowledge of diseases to diagnose and treat people’s illnesses. 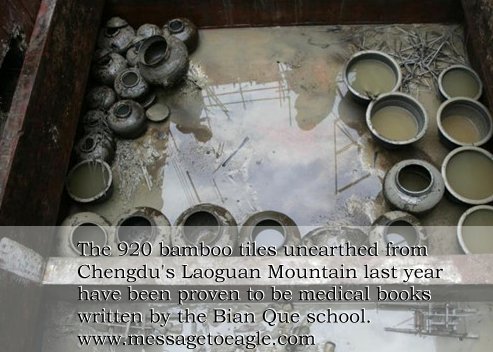 He traveled through ancient China and treated poor and rich on equal terms.

His vast knowledge included herbal medicine, acupuncture, massage, surgery, and the use of anesthetics.

His existence and extraordinary knowledge would probably remain in the realm of myths if it had not been for a remarkable discovery archaeologists made last year.

In 2013, a team of scientists unearthed 920 bamboo tiles from Chengdu’s Laoguan Mountain. 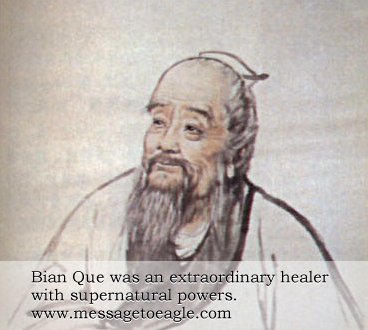 Now, it has been confirmed that the ancient bamboo medical books were in fact written by the Bian Que school. 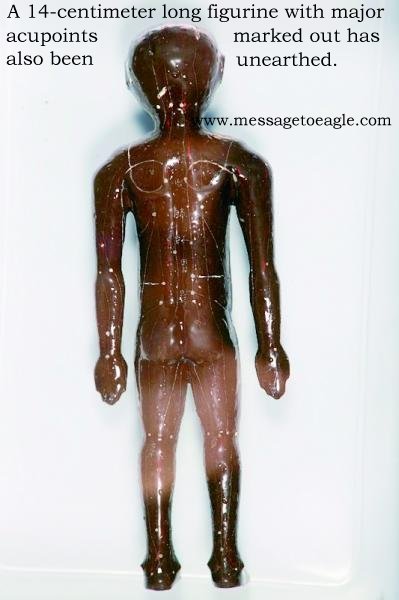 According to Ecns.cn, “the content of the bamboo pieces comes from nine lost medical books. Experts say they are works of the Bian Que school, based mainly on studies of determining disease by taking the patient’s pulse.

Controversial Story And Secret Knowledge Of Li Ching-Yuen Who Lived For 256 Years!

In addition, 184 tiles are related to the medical treatment of horses, considered by the experts as one of the most important veterinarian works in ancient China.

What’s more, a 14-centimeter long figurine has also been unearthed with the nine medical books. With major acupoints marked out, it is believed to be a key to deciphering the origin of acupuncture treatment.”

Bian Que lived a humble and noble life, and is admired today as “a deity doctor.” The discovery will ensure he will always be remembered as the legendary doctor of miracles.