Conny Waters – MessageToEagle.com – Reservoirs in the heart of an ancient Maya city were so polluted with mercury and algae that the water likely was undrinkable in the heart of the city.

Researchers from the University of Cincinnati found toxic levels of pollution in two central reservoirs in Tikal, an ancient Maya city that dates back to the third century B.C. in what is now northern Guatemala. 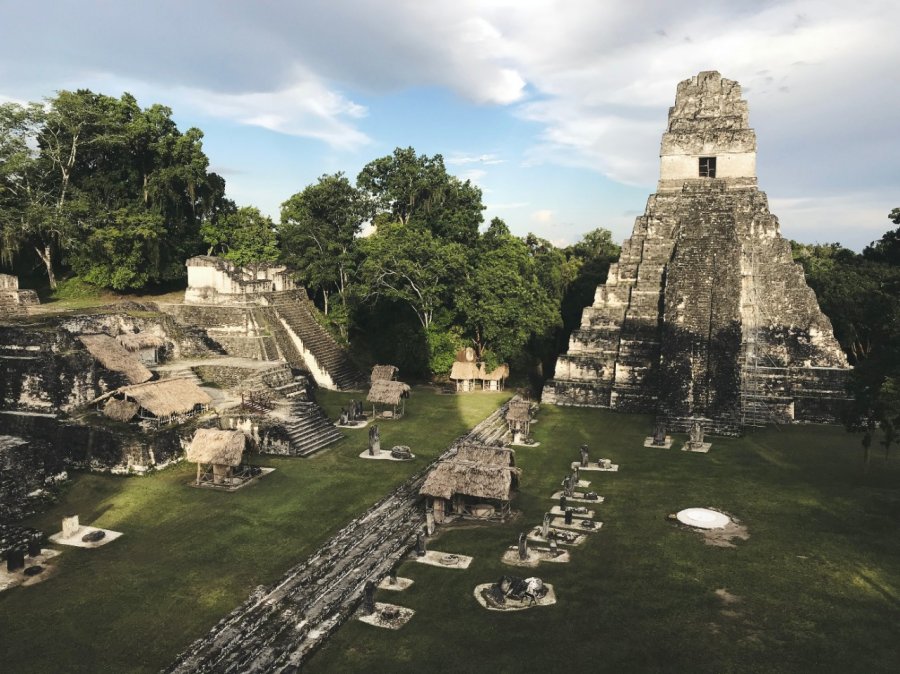 The ancient Maya city of Tikal in northern Guatemala thrived from the second to the ninth centuries. UC researchers found evidence of water pollution that helps explain why the city was abandoned. Photo/Jimmy Baum/Unsplash

UC’s findings suggest droughts in the ninth century likely contributed to the depopulation and eventual abandonment of the city.

“The conversion of Tikal’s central reservoirs from life-sustaining to sickness-inducing places would have both practically and symbolically helped to bring about the abandonment of this magnificent city,” the study concluded.

A geochemical analysis found that two reservoirs nearest the city palace and temple contained toxic levels of mercury that UC researchers traced back to a pigment the Maya used to adorn buildings, clayware, and other goods. During rainstorms, mercury in the pigment leached into the reservoirs where it settled in layers of sediment over the years.

But the former inhabitants of this city, made famous by its towering stone temples and architecture, had ample potable water from nearby reservoirs that remained uncontaminated, UC researchers found. 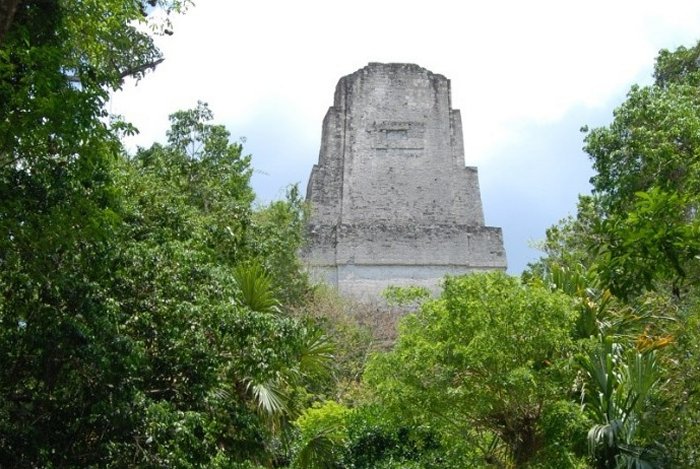 The towering city of Tikal rises above the rainforest. Photo/David Lentz

UC’s diverse team was composed of anthropologists, geographers, botanists, biologists, and chemists. They examined layers of sediment dating back to the ninth century when Tikal was a flourishing city.

Previously, UC researchers found that the soils around Tikal during the ninth century were extremely fertile and traced the source to frequent volcanic eruptions that enriched the soil of the Yucatan Peninsula.

“Archaeologists and anthropologists have been trying to figure out what happened to the Maya for 100 years,” said David Lentz, a UC professor of biological sciences and lead author of the study.

For the latest study, UC researchers sampled sediment at 10 reservoirs within the city and conducted an analysis on ancient DNA found in the stratified clay of four of them.

Sediment from the reservoirs nearest Tikal’s central temple and palace showed evidence of toxic algae called cyanobacteria. Consuming this water, particularly during droughts, would have made people sick even if the water were boiled, Lentz said.

“We found two types of blue-green algae that produce toxic chemicals. The bad thing about these is they’re resistant to boiling. It made water in these reservoirs toxic to drink,” Lentz said.

UC researchers said it is possible but unlikely the Maya used these reservoirs for drinking, cooking or irrigation. 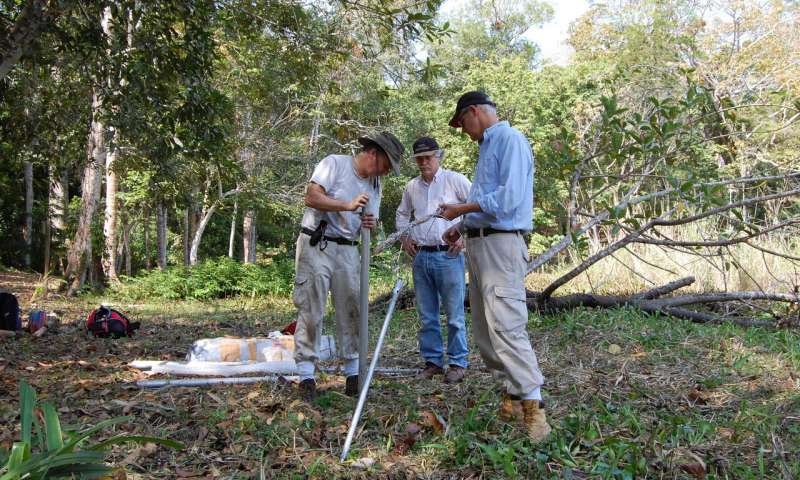 “The water would have looked nasty. It would have tasted nasty,” said Kenneth Tankersley, an associate professor of anthropology in UC’s College of Arts and Sciences. “There would have been these big algae blooms. Nobody would have wanted to drink that water.”

But researchers found no evidence of the same pollutants in sediments from more distant reservoirs called Perdido and Corriental, which likely provided drinking water for city residents during the ninth century. Today, Tikal is a national park and a UNESCO World Heritage site. Researchers believe a combination of economic, political, and social factors prompted people to leave the city and its adjacent farms. But the climate no doubt played a role, too, Lentz said.

Co-author Trinity Hamilton, now an assistant professor of biology at the University of Minnesota, worked on the analysis of ancient DNA from algae that sank to the reservoir bottom and was buried by centuries of accumulated sediment.

“Typically, when we see a lot of cyanobacteria in freshwater, we think of harmful algal blooms that impact water quality,” Hamilton said.

Finding some reservoirs that were polluted and others that did not suggest the ancient Maya used them for different purposes, she said.

Reservoirs near the temple and palace likely would have been impressive landmarks, much like the reflecting pool at the National Mall is today.

“It would have been a magnificent sight to see these brightly painted buildings reflected off the surface of these reservoirs,” said co-author Nicholas Dunning, head of geography in UC’s College of Arts and Sciences.

“The Maya rulers conferred to themselves, among other things, the attribute of being able to control water. They had a special relationship to the rain gods,” Dunning said. “So the reservoir would have been a pretty potent symbol.”

UC’s Tankersley said one popular pigment used on plaster walls and in ceremonial burials was derived from cinnabar, a red-colored mineral composed of mercury sulfide that the Maya mined from a nearby volcanic feature known as the Todos Santos Formation.

A close examination of the reservoir sediment using a technique called energy dispersive X-ray fluorescence spectrometry found that mercury did not leach into the water from the underlying bedrock. Likewise, Tankersley said, UC ruled out another potential source of mercury—volcanic ash that fell across Central America during the frequent eruptions. The absence of mercury in other nearby reservoirs where ash would have fallen ruled out volcanoes as the culprit.

Instead, Tankersley said, people were to blame.

“That means the mercury has to be anthropogenic,” Tankersley said.

With its bright red color, cinnabar was commonly used as a paint or pigment across Central America at the time.

“We were able to find a mineral fingerprint that showed beyond a reasonable doubt that the mercury in the water originated from cinnabar,” he said.

Tankersley said ancient Maya cities such as Tikal continue to captivate researchers because of the ingenuity, cooperation, and sophistication required to thrive in this tropical land of extremes.

“When I look at the ancient Maya, I see a very sophisticated people with a very rich culture,” Tankersley said.

UC’s team is planning to return to the Yucatan Peninsula to pursue more answers about this remarkable period of human civilization. 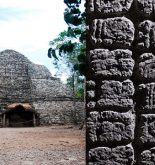