MessageToEagle.com – We encounter stories about vampires among many ancient cultures across the world. The belief in blood-sucking beings often led to mass hysteria and in some cases resulted in corpses being staked and people being accused of vampirism.

In modern times, the vampire is generally held to be a fictitious entity, although belief in similar vampiric creatures such as the chupacabra still persists in some cultures.

Scientists now suggest that stories about vampires are based on people who suffered from a blood disorder. 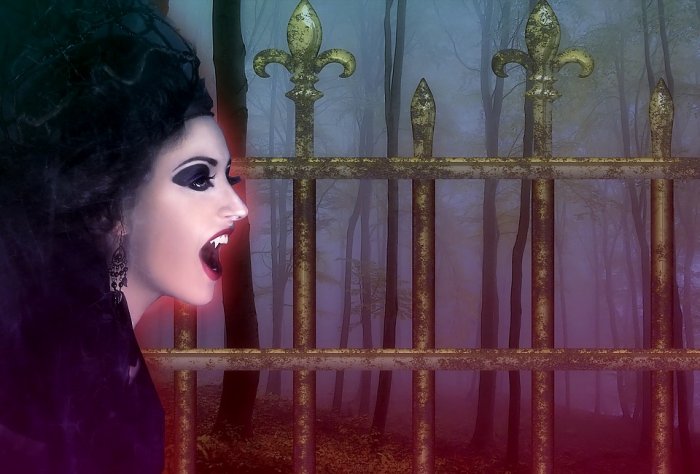 Porphyrias, is a group of eight known blood disorders. It affects the body’s molecular machinery for making heme, which is a component of the oxygen-transporting protein, hemoglobin.

When heme binds with iron, it gives blood its hallmark red color.

The different genetic variations that affect heme production give rise to different clinical presentations of porphyria—including one form that may be responsible for vampire folklore.

People Are Pale And Sensitive To Light

Erythropoietic protoporphyria (EPP), the most common kind of porphyria to occur in childhood, causes people’s skin to become very sensitive to light.

“People with EPP are chronically anemic, which makes them feel very tired and look very pale with increased photosensitivity because they can’t come out in the daylight,” says Barry Paw MD, PhD, of the Dana-Farber/Boston Children’s Cancer and Blood Disorders Center.

“Even on a cloudy day, there’s enough ultraviolet light to cause blistering and disfigurement of the exposed body parts, ears and nose.”

Rarest Blood Types On Earth – How Unique Is Your Blood?

Bombay Blood Is One Of The World’s Rarest Blood Groups

Today, erythropoietic protoporphyria (EPP) remains rare but is better understood as a genetic mutation that affects oxygen in the blood and makes sufferers allergic to the sun.

Centuries ago, however, it is understandable that people may have seen people with EPP as supernatural, given the lack of scientific understanding.

In ancient times, drinking animal blood and emerging only at night may have achieved a similar effect—adding further fuel to the legend of vampires.

Paw and his team of international investigators report—in a paper in the Proceedings of the National Academy of Sciences—a newly discovered genetic mutation that triggers EPP.

It illuminates a novel biological mechanism potentially responsible for stories of ” vampires” and identifies a potential therapeutic target for treating EPP. 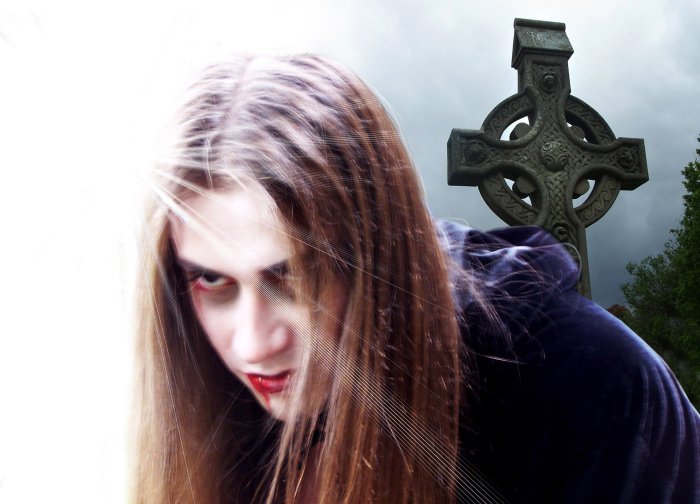 To produce heme, the body goes through a process called porphyrin synthesis, which mainly occurs in the liver and bone marrow. Any genetic defects that impact this process can interrupt the body’s ability to produce heme; the decreased heme production leads to a buildup of protoporphyrin components. In the case of EPP, type of protoporphyrin called protoporphrin IX accumulates in the red blood cells, plasma and sometimes the liver.

When protoporphin IX is exposed to light, it produces chemicals that damage surrounding cells. As a result, people with EPP experience swelling, burning and redness of the skin after exposure to sunlight—even trace amounts of sunlight that pass through window glass.

Some genetic pathways leading to build-up of protoporphyrin IX have already been described, but many cases of EPP remain unexplained. By performing deep gene sequencing on members of a family from Northern France with EPP of a previously unknown genetic signature, Paw’s team discovered a novel mutation of the gene CLPX, which plays a role in mitochondrial protein folding.

“This newly-discovered mutation really highlights the complex genetic network that underpins heme metabolism,” says Paw, who was co-senior author on the study. “Loss-of-function mutations in any number of genes that are part of this network can result in devastating, disfiguring disorders.”

Paw suggests that identifying the various gene mutations that contribute to porphyria could pave the way for future therapies that could correct the faulty genes responsible for these related disorders.

“Although vampires aren’t real, there is a real need for innovative therapies to improve the lives of people with porphyrias,” says Paw.