MessageToEagle.com – On July 3, 1841, astronomer John Couch Adams was one of two, who independently discovered the planet Neptune.

Many people consider him the true discoverer of the planet.

John Couch Adams was born in Cornwall, England in 1819 to a farming family. From a very early age he amazed everyone with his extraordinary abilities to do mathematical calculations in his head without the use of pen and paper. 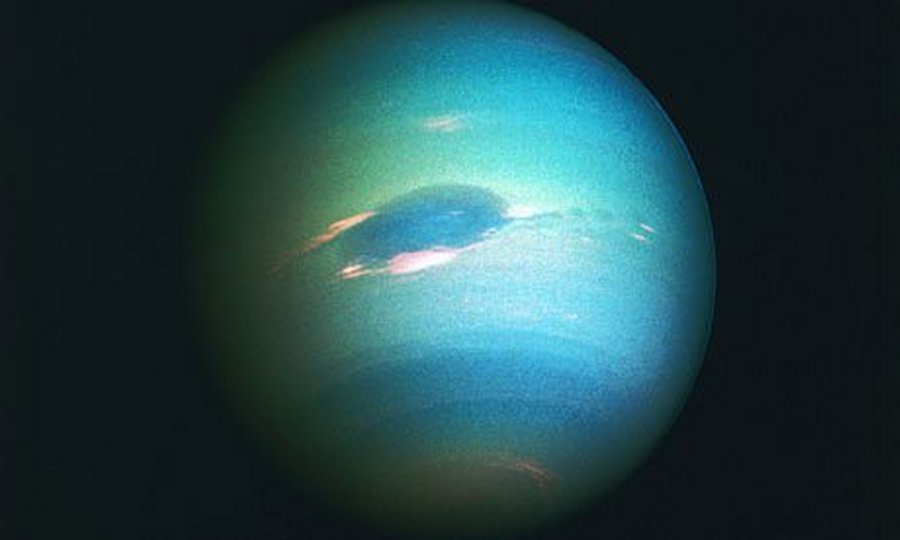 He was educated in mathematics at St. Johns College, Cambridge. While still an undergraduate, he performed an investigation to try to explain the reason for the irregularities in the motion of the planet Uranus.

Adams had entered in his journal:

“Formed a design in the beginning of this week of investigating, as soon as possible after taking my degree, the irregularities in the motion ofUranus. . . in order to find out whether they may be attributed to the action of an undiscovered planet beyond it. . . .”

In September 1845 he submitted his accurate work on where the new planet, as yet unobserved, could be found, to the director of the Cambridge Observatory. The observatory took no action on his work. 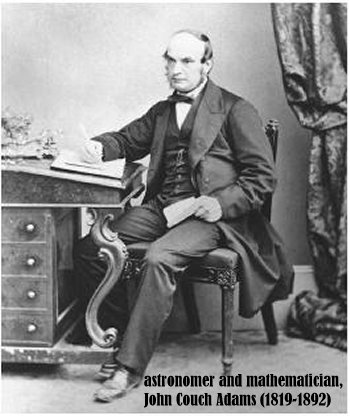 Both agreed, however, where in the sky astronomers would pinpoint the planet.

Unfortunately the planet was not recognized at Cambridge until much later, after its discovery at the Berlin Observatory on Sept. 23, 1846.

John Couch Adams made many other contributions to our knowledge of astronomy.

Adams was a mathematics professor at Cambridge and eventually became director of the Cambridge Observatory.

He refused a knighthood offered by Queen Victoria to honor him for his accomplishments.

Adams did not want the extra attention nor did he feel he had the money to maintain the lifestyle of a knight.

He died in 1892 in Cambridge. Adams and his wife are buried under 70 foot high granite cross in Cambridge. Three years after his death, he was honored with a memorial tablet in Westminster Abbey. The tablet is near the tablet that honors Sir Isaac Newton, another brilliant English mathematician.