MessageToEagle.com – In Norse mythology Ragnarok (Ragnarök) is the end of the world as the Vikings knew it.

The concept of fate dominates Norse mythology and to the Norse people, fate was a fact of life, something that could not in any way be avoided or changed.

This immutable concept culminates in Ragnarok (Ragnarök) – “the darkness of the gods”, the coming destruction of the world, whose inevitability is impossible to fight with.

Ragnorok represents the world undergoing major upheaval and some dramatic changes that will take place.

There are going to be warning signs that Ragnarok is coming. One of them is the horrifying Fimbulwinter. It is an extremely cold and long winter that lasts for three years without a summer in between. 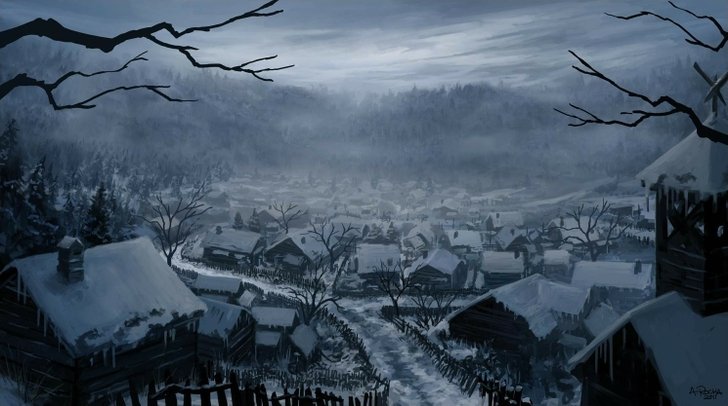 During those three years, there will be many wars and at the end all people and animals will perish. There will only be two survivors, Líf and Lífþrasir who will will live in the forest of Hoddmímis holt.

In Denmark, Norway, Sweden and other Nordic countries, the term Fimbulvinter is also used to refer to an unusually cold and harsh winter.

The devastating Fimbulwinter (‘The Great Winter’) has long been considered nothing but a myth, but this view has changed in the recent years.

Odin: Norse God Of War And Magic – Most Complex Figure Of The Norse Pantheon

Scientists are now seriously considering the possibility the Fimbulwinter described in Norse mythology was based on real events.

Fimbulwinter is described in the first part of the Poetic Edda, an unnamed collection of Old Norse anonymous poems, which is different from the Edda, written by Snorri Sturluson (1179 – 1241), famous Icelandic historian.

In the Gylfaginning section of the Prose Edda, Swedish King Gylfi, the earliest recorded king in Scandinavia visits a hall where he is confronted by a triple throne at the home of the gods, one being seated and occupied by another.

He asks them what the gods know about the Fimbulwinter. The three gods tell him that there will be three winters in a row and no summer in between.

The gigantic monter-wolf Fenrir will come loose. In Norse mythology Fenrir symbolizes the chaotic and destructive power of nature. He represents the most tremendous dynamic forces coming from underground.

Fenrir will kill the god Odin during the events of Ragnarok, but in turn, he will also be killed by Odin’s son Víðarr.

Then something strange will happen. The event will be visible in the skies. The wolf will be The three Norse gods explain to king Gylfi that the Fimbulwinter precedes Ragnarok, the world’s destruction.

Researchers think Fimbulwinter is related to the extreme weather events of 535–536, which resulted in a notable drop in temperature across northern Europe.

According to other ancient sources, this was a period when the Sun was bluish, weak and obscured. People threw no shadow on the ground, and even the Moon was obscured. There was no heat, the crops died. This must have been due to a very large volcanic eruption and subsequent ash cloud that spread across the world. This outbreak was previously unknown, researcher have come across evidence, such as for example ice cores from Greenland that confirm extreme weather conditions at the time.

In Northern Sweden, after year after the year 536, the average temperature during summer dropped by three to four degrees.

This indicates there were strong climate changes that led to increased mortality among humans.  Very old grave findings and depictions on ancient runes stones offer evidence of a very harsh and long winter period.

It is therefore possible that the Fimbulwinter described in Norse mythology was actually based on real events.