MessageToEagle.com – The term déjà vu is used to describe a feeling, or impression that you have already witnessed or experienced a current situation.

Coined in 1876 by the French philosopher Emile Boirac, the term déjà vu means literally, “already seen.” Most of us have experienced being in a new place and feeling certain that we have been there before, but we have difficulties understanding how it is possible. Although rather common it still remains a little understood phenomenon.

One of the most bizarre déjà vu cases ever recorded deals with a man who was trapped in an eternal time loop. This person experienced never-ending déjà vu and his condition reached a stage when he avoided watching television, listening to the radio and reading newspapers because he felt he had “encountered it all before”. 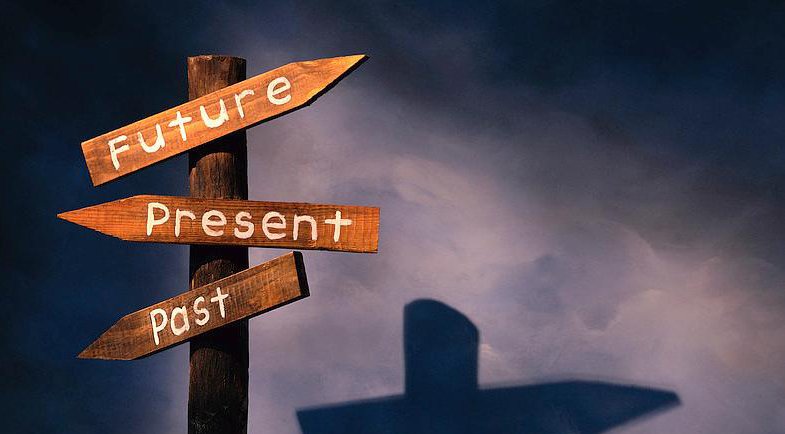 The case of the unnamed British young man who experienced never-ending déjà vu for the last eight years of his life intrigued scientists. Never before had anyone heard of a similar case. What could cause a person to be trapped in an eternal time loop?

Doctors from the UK, France and Canada examined the man who was 23-year-old at the time. He first experienced the sensation in 2007, shortly after he started university. It soon became clear that the man did not exhibit any of the other neurological conditions usually associated with those who suffer from déjà vu.

Dr Chris Moulin, a cognitive neuropsychologist at the University of Bourgogne who worked on the study, says the man had a history of depression and anxiety, and had once taken the drug LSD whilst at university, but was otherwise completely healthy.

“This man was striking because he was young, otherwise aware, but completely traumatized by this constant sensation that his mind was playing tricks,” he says.

For minutes, and sometimes even longer, the patient would feel that he was reliving experiences.

He likened the “frightening” episodes to being in the psychological thriller film Donnie Darko.

“There was one instance where he went to get a haircut. As he walked in, he got a feeling of déjà vu. Then he had déjà vu of the déjà vu. He couldn’t think of anything else,” says Dr Moulin.

Brain scans appeared normal, suggesting the cause was psychological rather than neurological.

Whilst this case on its own does not prove a link between anxiety and déjà vu it raises an interesting question for further study, Dr Moulin says.

Although many theories have been put forward as to what causes déjà vu, it still remain an unexplained condition.

Déjà vu happens mostly to young people, but a number of older people have also reported the sensational feeling of seeing or experiencing something before.

Dr. Akira O’Connor, a psychologist from the University of St Andrews, believes that in most cases it is a momentary “misfiring” of neurons in the brain which creates false connections.

“One idea is that déjà vu is a sort of ‘brain twitch’. Just as we get muscle spasms, or eye twitches, it could be that the bit of your brain which sends signals to do with familiarity and memory is firing out of turn,” he says.

Dr. O’Connor says this fits with evidence that déjà vu is more frequently experienced by people with epilepsy and dementia.

Another theory, developed by Professor Anne Cleary at Colorado State University, is that déjà vu is the natural result of seeing something genuinely familiar in our surroundings – such as the shape of a structure, or the layout of a room – sparking a false memory.

She developed a computerized virtual reality called “Deja-ville” where people navigate around similar landscapes to test the hypothesis.
But Dr O’Connor says none of the current theories definitively solves the mystery of déjà vu – partly because its fleeting and spontaneous nature makes it almost impossible to reliably study in lab conditions.

“Methods of trying to induce déjà vu are pretty crude,” he says.

Yet another somewhat unorthodox explanation is that there is a hidden connection between déjà vu and the existence of parallel universes.
The truth remains that déjà vu remains an unexplained mystery. It also remains unknown how many people suffer from the “chronic” version of déjà vu.

On This Day In History: Zhao Kuangyin Became Emperor Taizu Of Powerful Song Dynasty – On Feb 4, 960