Eddie Gonzales Jr. – MessageToEagle.com – An international research team, led by Cai Yifu, professor of the University of Science and Technology of China, and his collaborators discovered the hypothetical possibility of resonantly generated primordial gravitational waves within high-energy physics when the universe was in its infancy. 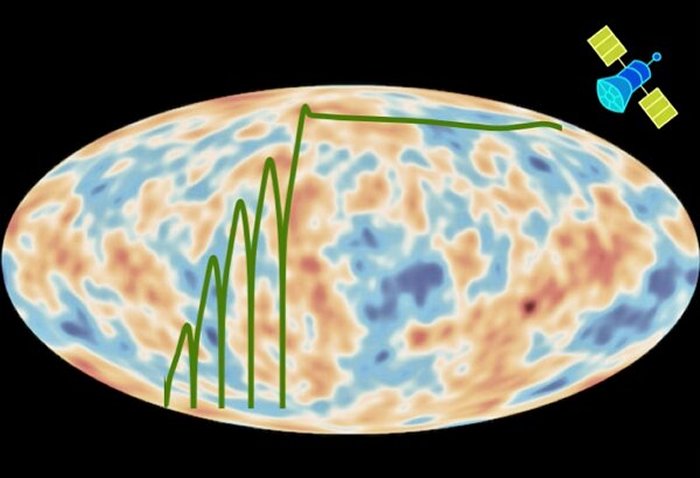 The originally invisible gravitational wave signals can be amplified by parametric resonance by four to six orders of magnitude or even larger via this phenomenon, and can then be probed by primordial gravitational wave detectors, validating theoretical models of the early universe that are inaccessible through traditional observational windows.

In the primordial universe, all matter once existed as extremely tiny elementary particles. The temperature of the universe was far beyond the highest temperature (energy scale) that humans can achieve in high-energy experiments. Therefore, the new physics of this period are considered the “desert zone” of high-energy physics.

In this work, the research team led by Cai Yifu and Misao Sasaki from University of Tokyo introduced a heavy field with a behavior of parametric resonance to nonlinearly couple with primordial gravitational waves, thereby providing an adequate energy source for the resonant amplification of primordial gravitational waves. In addition, the special dynamical properties of the background evolution of inflation ensures that the newly introduced heavy field minimally interferes with the observed primordial density perturbations, and thus the new theory can fit to current cosmological observations.

To be specific, by constructing a concrete example of the background model, the researchers accurately demonstrated that even if inflation occurred in the desert zone of the high-energy scale, exceeding the standard model of particle physics, primordial gravitational waves can be resonantly generated with a sufficiently large magnitude that is of observable interest. From a theoretical perspective, this result explicitly shows that, even in the desert of high-energy physics there exists some oasis sustaining the life of new physics.

This research provides an important scientific goal for present and upcoming primordial gravitational wave experiments worldwide, and also opens a novel window to search for new, high-energy physics beyond the standard model of particle physics.