Eddie Gonzales Jr. – MessageToEagle.com – Warming ocean waters have caused a drop in the brightness of the Earth, according to a new study.

Researchers used decades of measurements of earthshine—the light reflected from Earth that illuminates the surface of the Moon—as well as satellite measurements to find that there has been a significant drop in Earth’s reflectance, or albedo, over the past two decades. 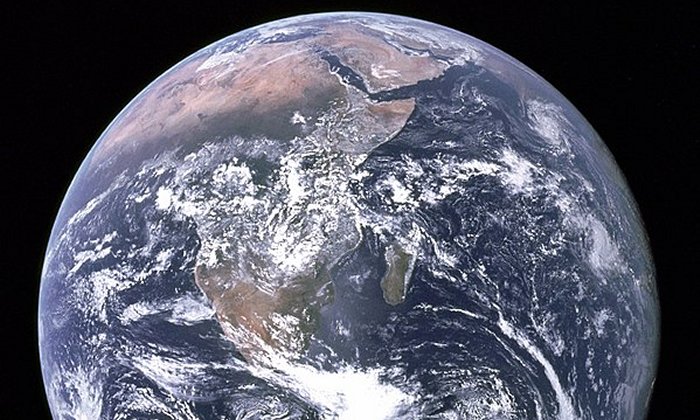 The Earth is now reflecting about half a watt less light per square meter than it was 20 years ago, with most of the drop occurring in the last three years of earthshine data, according to the new study in the AGU journal Geophysical Research Letters, which publishes high-impact, short-format reports with immediate implications spanning all Earth and space sciences.

That’s the equivalent of 0.5% decrease in the Earth’s reflectance. Earth reflects about 30% of the sunlight that shines on it.

“The albedo drop was such a surprise to us when we analyzed the last three years of data after 17 years of nearly flat albedo,” said Philip Goode, a researcher at New Jersey Institute of Technology and the lead author of the new study, referring to the earthshine data from 1998 to 2017 gathered by the Big Bear Solar Observatory in Southern California. When the latest data were added to the previous years, the dimming trend became clear.

Specifically, there has been a reduction of bright, reflective low-lying clouds over the eastern Pacific Ocean in the most recent years, according to satellite measurements made as part of NASA’s Clouds and the Earth’s Radiant Energy System (CERES) project. 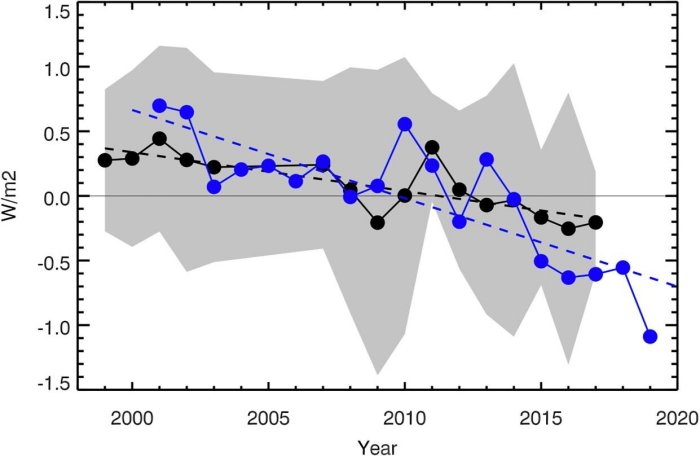 That’s the same area, off the west coasts of North and South America, where increases in sea surface temperatures have been recorded because of the reversal of a climatic condition called the Pacific Decadal Oscillation, with likely connections to global climate change.

The dimming of the Earth can also be seen in terms of how much more solar energy is being captured by Earth’s climate system. Once this significant additional solar energy is in Earth’s atmosphere and oceans, it may contribute to global warming, as the extra sunlight is of the same magnitude as the total anthropogenic climate forcing over the last two decades.

“It’s actually quite concerning,” said Edward Schwieterman, a planetary scientist at the University of California at Riverside who was not involved in the new study. For some time, many scientists had hoped that a warmer Earth might lead to more clouds and higher albedo, which would then help to moderate warming and balance the climate system, he said. “But this shows the opposite is true.”