Eddie Gonzales Jr. – MessageToEagle.com – The end-Permian mass extinction is the most severe mass extinction event ever recorded, during which ~80% of marine species went extinct.

While the beginning of this extinction event was driven by an extreme and rapid warming event, recovery of both global climate and ecosystems was extremely sluggish. Temperatures remained lethally hot and ecosystems remained depleted for over 5 million years.

Based on our current understanding of how the carbon cycle and climate operates, temperatures ought to have recovered much more quickly.

This delayed recovery stands out from all other known mass extinction events, and has baffled scientists for many years without any real explanation. 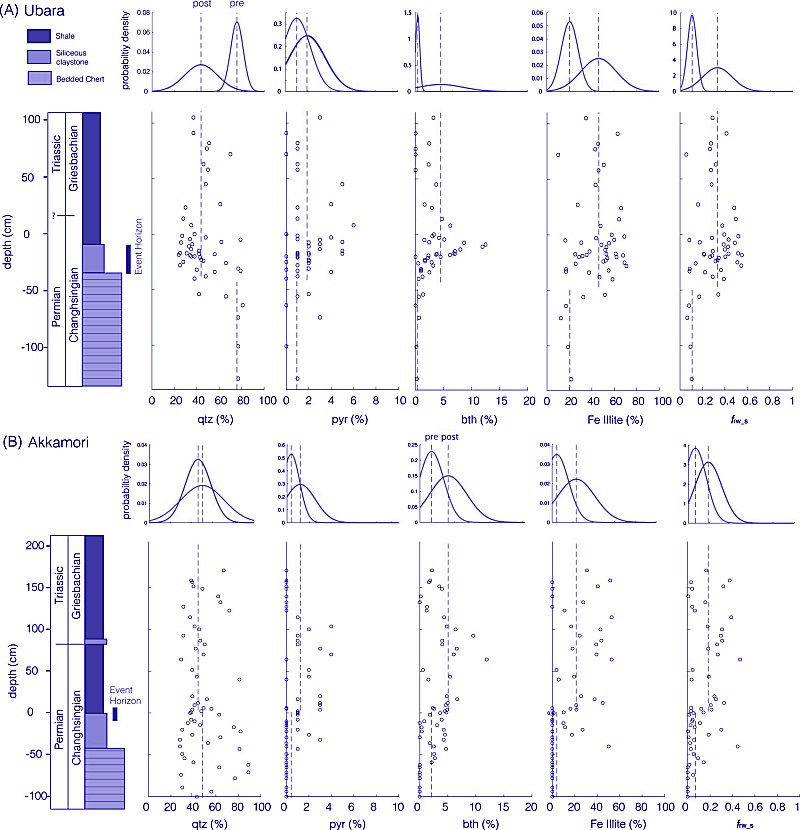 This provides for the first time, an comprehensive explanation for why it took so long for temperatures to recover to what they were before the mass extinction event.

Clay minerals form in the oceans and in the process release CO2. Clays minerals are fundamentally made up of silica and so cannot form without it. Silica secreting organisms compete for this silica, meaning that a healthy siliceous ecosystem that uses large amounts of silica will act to lower the amount of CO2 released from clay mineral formation.

It is well established that there was widespread loss of silica secreting organisms in the oceans during the end-Permian mass extinction event, and that these organisms did not recover for 5 million years. This research demonstrates, using a carbon cycle model and also mineralogical analysis, that this would have led to increased CO2 release into the atmosphere during this time, keeping temperatures on Earth high for a prolonged period of time.

This research provides the first ever direct evidence that silica secreting organisms play a very prominent role in regulating climate on Earth that has previously never been recognized.