MessageToEagle.com – Have you ever wondered what humans will look like in millions of years from now?

Assuming our civilization will survive threats from space and humans will not wipe out its own race, there is reason to think about certain physiological changes we may undergo…. 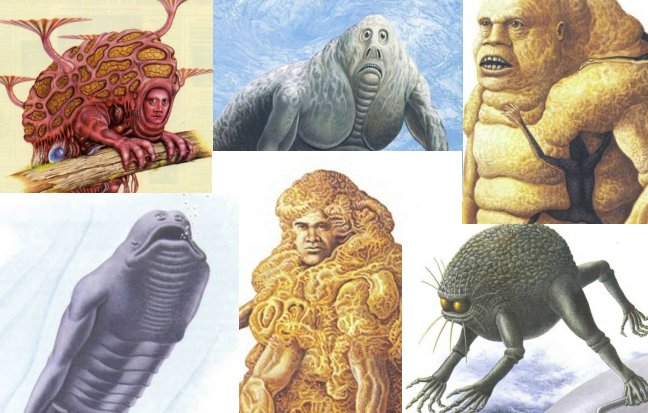 If these images depict our future races, some may find us attractive, while others will say we look utterly disgusting!

Is the new future human race a nightmare or a marvel? Judge for yourself.

In his book, Man after Man – An Anthropology of the Future, zoologist Douglas Dixon, offers a scientific speculation what humans will look like after 50-million years of evolution.

Dixon presents a number of strange human appearances. His theory is based on the use of genetic engineering and space travel.

In his book, we encounter the aquamorphs and aquatics who are marine humans, otter-like fishing humans, Slothman sloth-like humans, Spiketeeth, saber-toothed predatory humans, parasitic humans and many more remarkable types of humans.

The book begins with the impact of genetic engineering. 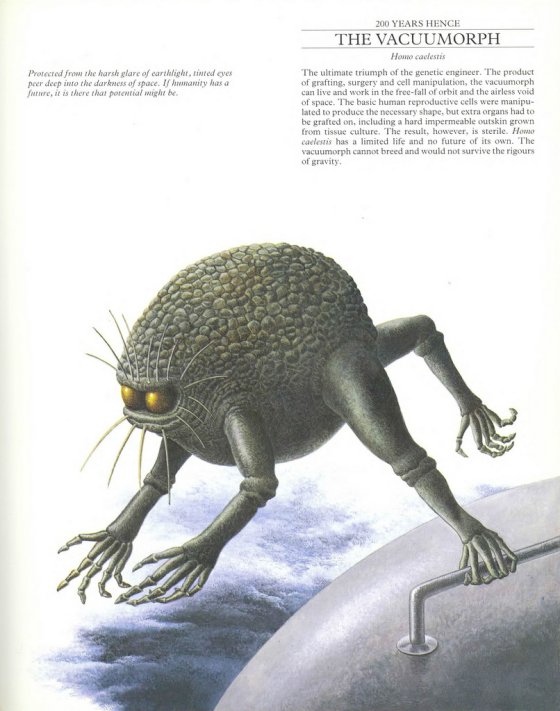 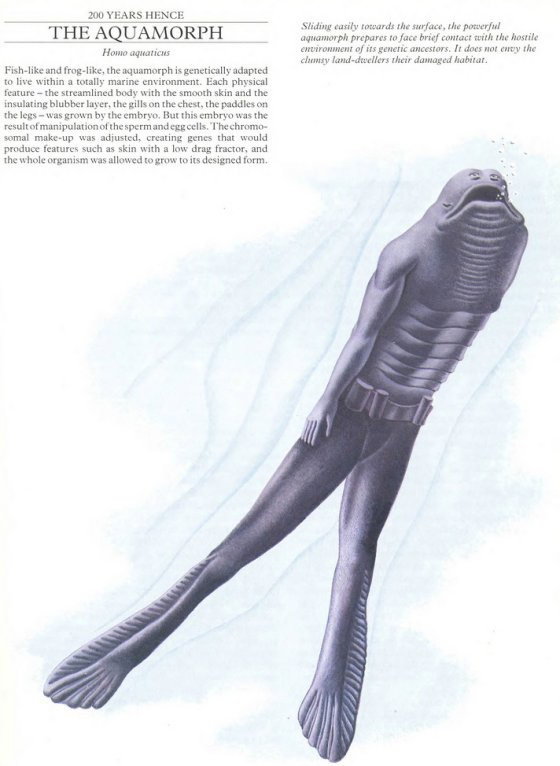 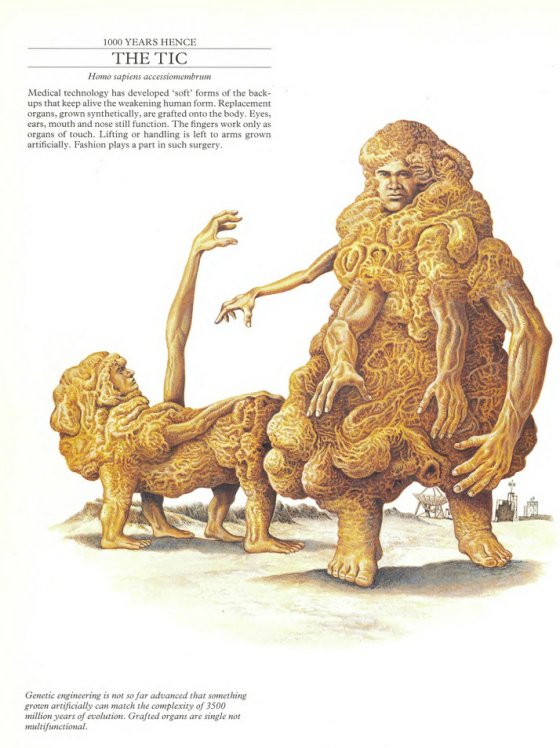 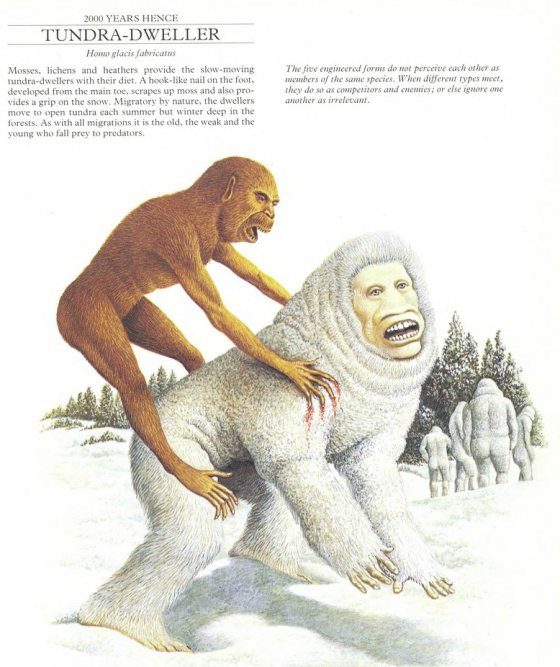 For 200 years modern humans morphed the genetics of other humans to create genetically-altered creatures.

This results in that for example the aquamorphs and aquatics have gills instead of lungs.

One species – the vacuumorph – has been engineered for life in the vacuum of space.

Its skin and eyes carry shields of skin to keep its body stable even without pressure.

When our civilization comes to an end, a group of humans escape and begin setting up colony outposts in space. The humans who actually manufactured these engineered species degrade to simple farmers and following a magnetic reversal, were driven to extinction. Other humans, the Hitek, become almost totally dependent on cybernetic technology. 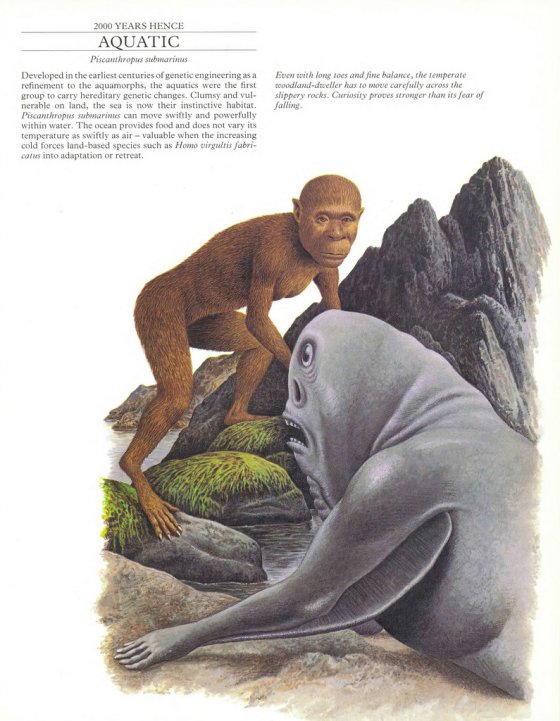 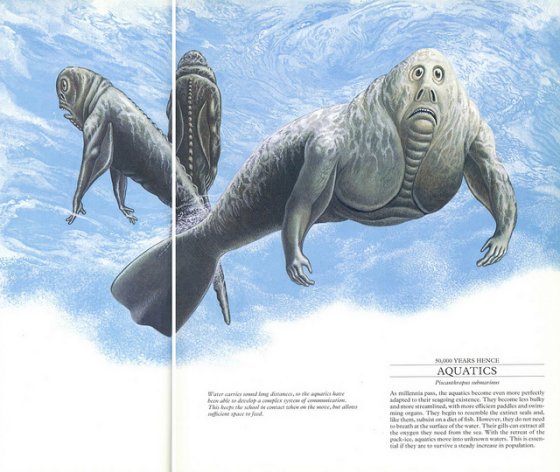 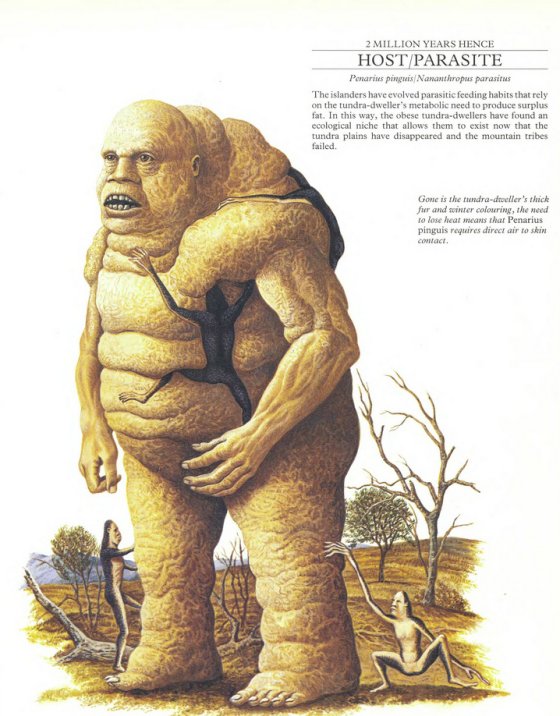 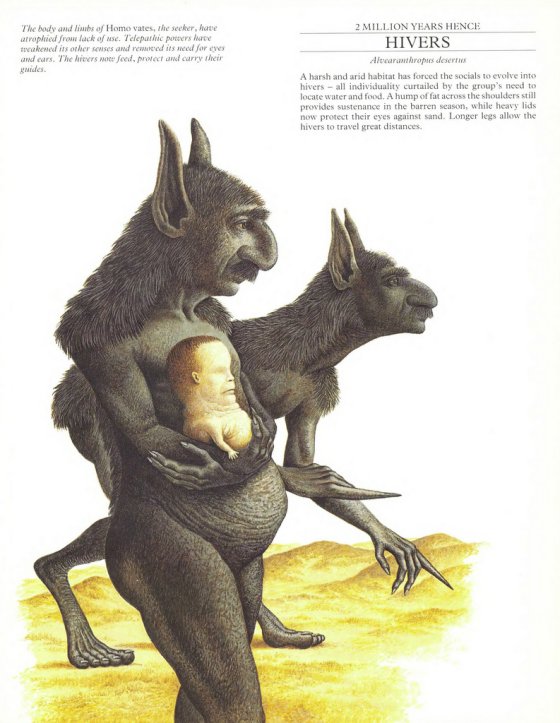 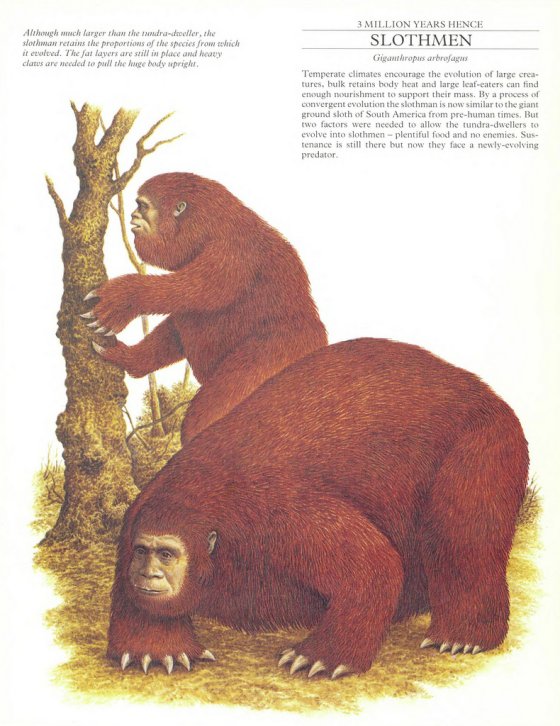 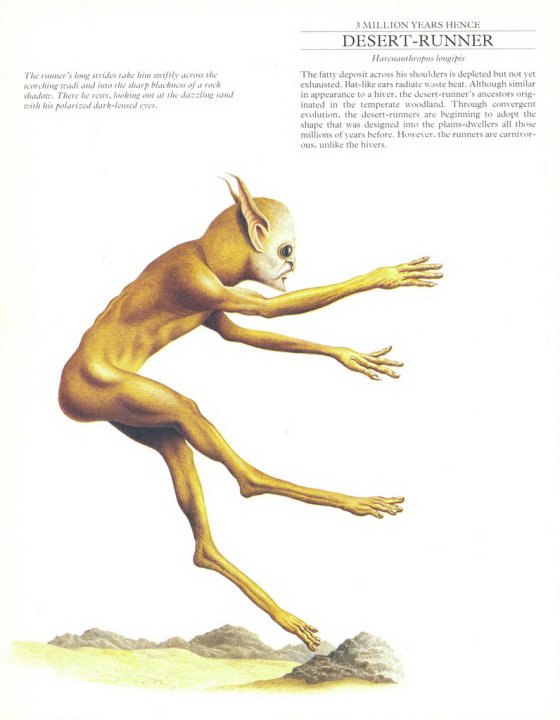 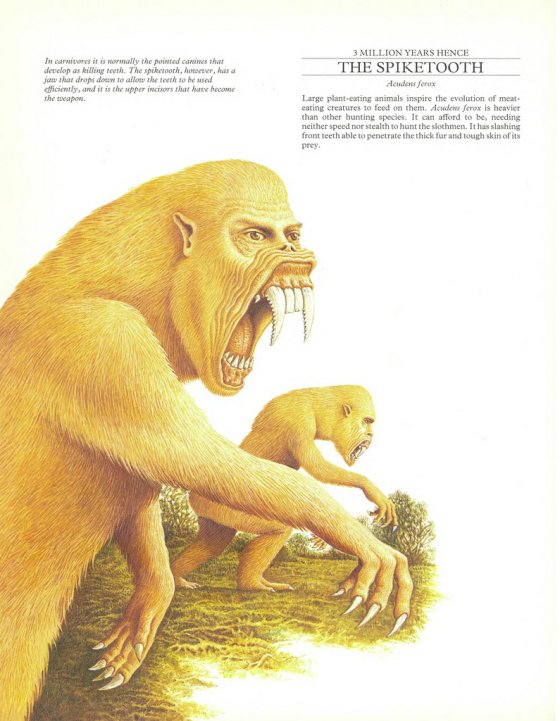 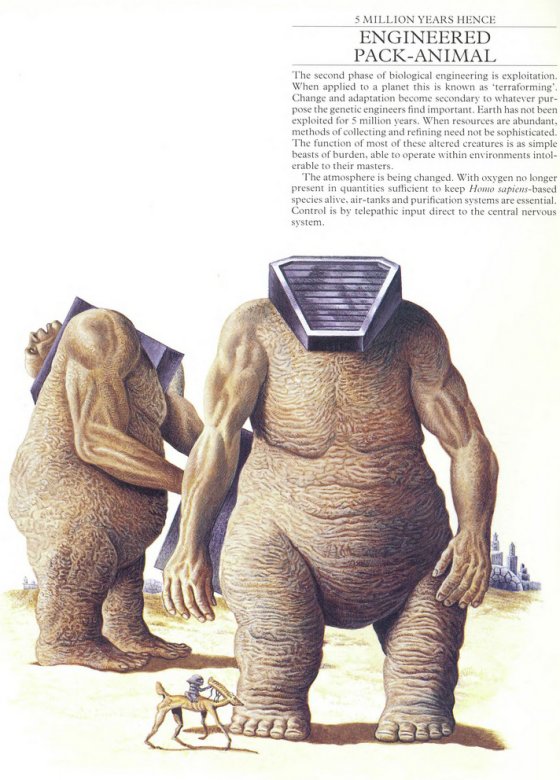 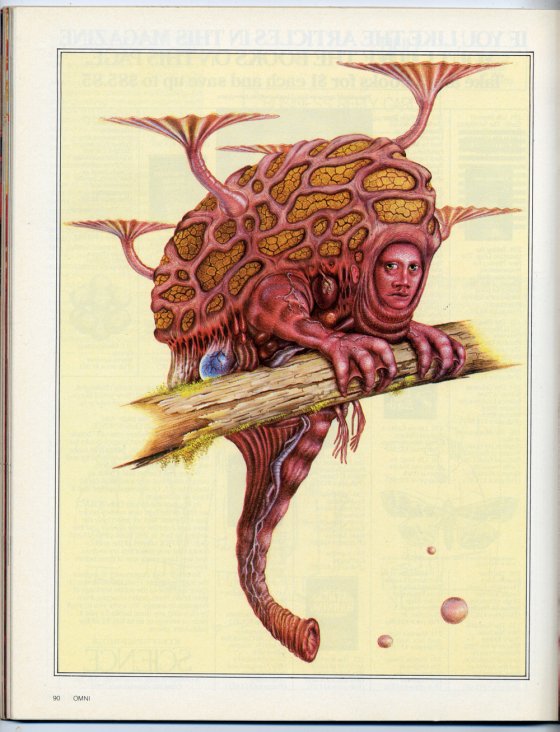 At this point the genetically-altered humans face a serious problem. They can no longer be genetically tweaked in a lab, so all modifications must naturally evolve. Many new forms resulted from natural selection.

Dixon continues with exploring the possibility that humans retreat back to Earth after five million years of evolution. During that time planet Earth was terraformed and covered in vast alien cities. The new humans have problems adapting. They must breathe air with low oxygen content and aliens who now occupy the planet us cyborg-technology to fuse the bodies of the few human species they find useful on the planet with air tanks and respiration systems.

There is no need to reveal how the book ends. If you wish, you can either buy a copy from Amazon or read it online.

What Dixon offers his readers is speculative biology and a creepy vision of the future, but who can really tell what will happen to humanity…

First version of this article was origianlly published on June 30, 2012

All illustrations credit and copyright: Man after Man – An Anthropology of the Future by Douglas Dixon