Eddie Gonzales Jr. – MessageToEagle.com – Scientists are developing a map of “industrial hum in the US. The map will help researchers to pinpoint where certain types of industrial activity are prominent.

Using a dense sensor network that scanned the United States between 2003 and 2014, researchers have identified areas within the country marked by a persistent seismic signal caused by industrial processes. 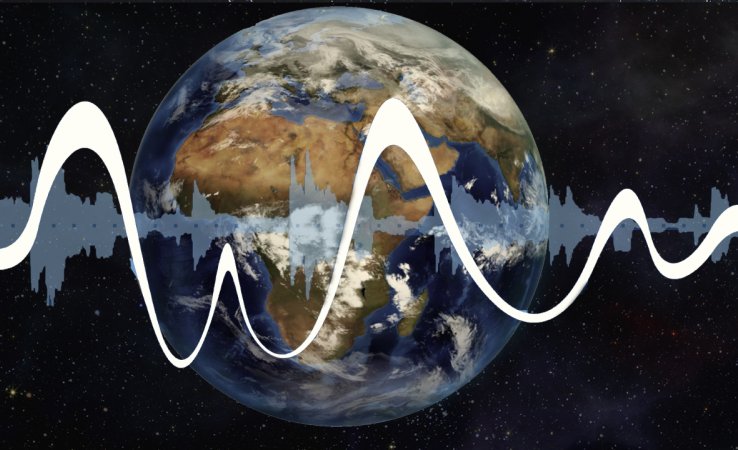 Researchers first noted the industrial signals in acoustic data they were collecting from infrasound experiments to study the global propagation of noise from phenomena like ocean storms. They realized that part of the infrasound signal they were detecting was coming from wind farms tens of kilometers away from the detectors.

They realized that the wind farms should send a seismic signal through the ground as well, and began searching for these signals in seismic data collected across the U.S. by the Transportable Array, a mobile network of 400 high-quality broadband seismographs that has been moved east to west across the U.S.

The characteristic signals are produced by large industrial machinery like the wind farm turbines, turbines in places like the Hoover Dam, and large water pumping stations in Washington State and California.

We realized that the same processes that happen in a big wind farm, you would see in big pumps, anything that has rotating parts, hydroturbines or blowers, anything that moves very harmonically and creates these tonal signatures. We are looking at big machines, we are not talking about something like the air conditioner in a house,” Omar Marcillo of Los Alamos National Laboratory said in a press statement.

The map could help researchers learn more about where these industrial signals might interfere with other seismic data collection efforts. Scientists building massive and hypersensitive instrumentation such as particle colliders might also benefit from knowing about nearby sources of industrial hum.

Marcillo noted that many researchers, including himself, have sought to erase instead of enhance these kinds of industrial signals in their work. “Some of the techniques we have to study earthquakes, for instance, try to get rid of all these features because they are noise,” he said. “But one person’s noise is another person’s signal.”