Jan Bartek – MessageToEagle.com  – A medieval ring from the late 9th to mid 10th century, discovered in the stronghold (a medieval ring-fort) in Grzybowo near Gniezno, a city in central-western Poland, is one of the rarest Christian artifacts to be found in Poland.

Grzybowo was one of the largest and most powerful strongholds built during the formation of the Piast state. The Piast Dynasty, linked to the history of the beginnings of the Polish state, was the first and longest-reigning royal dynasty in Poland. 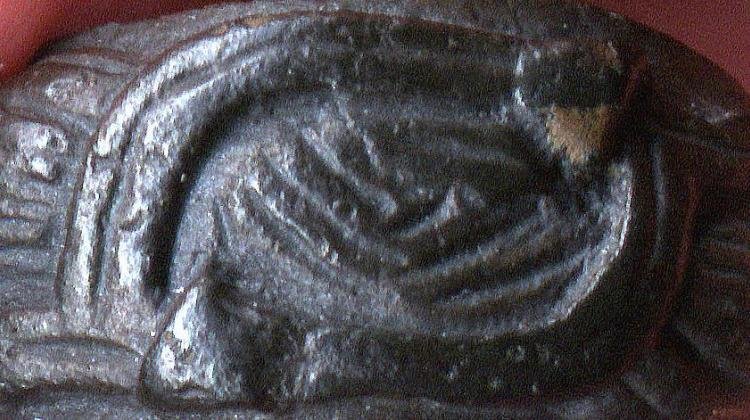 Medieval ring (after conservation), which came from the eastern Alps to the territories of the Piast state a thousand years ago. Credit: M. Tuszyński.

It was under the rule of the kings and princes of the Piast dynasty that the Polish state arose and through the baptism of the first historical ruler entered the circle of Western European civilization.

Grzybowo stronghold occupied an area of approx. 5 ha and the remains of its rampart are still visible.

The ring was discovered with a metal detector near a place where archaeologists had previously found a treasure trove of medieval coins. At first, researchers thought the ring was a Viking object due to the very high density and tightness of the weaves depicting animals.

“Initially, we thought that the ring came from Scandinavia. However, after careful analysis, it turns out that the most similar motifs adorning such objects come from Western Europe, from the Carolingian cultural circle. Perhaps it was made in the Eastern Alps, where Christianity was already dominant in the 8th century,” archaeologist Mirosław Andrałojć, said in a statement. 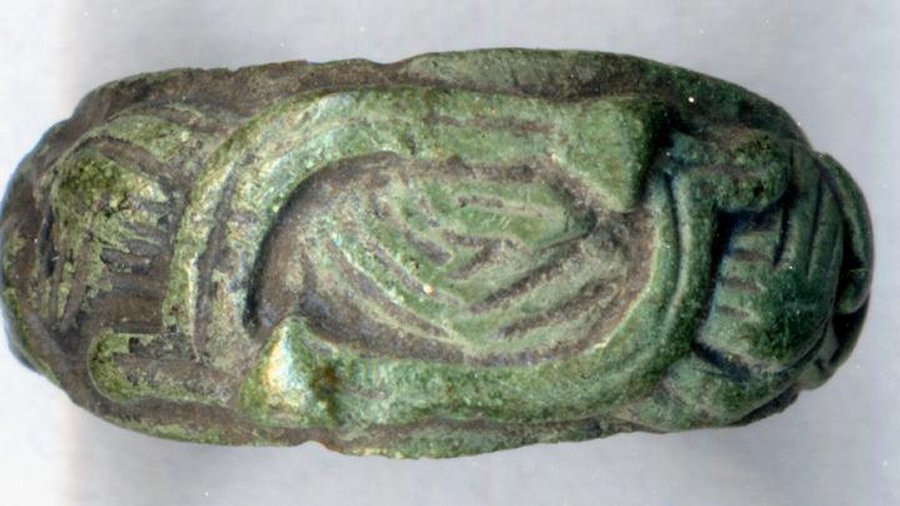 The ring is made of lead brass. This alloy was highly valued and used in the production of jewelry for people of high status because its color was more golden than the common bronze.

The ring is not round inside. However, that is not a craftsman`s error, but rather proof his proficiency: the product was adapted to the anatomy of the human finger, scientists believe. As a result, the ring would not slip off the wearer`s finger. To remove it or put it on, the wearer should turn the ring 45 degrees clockwise or counterclockwise. In this position, it would slide freely.

The sides of the ring are covered with overlapping images of birds, and the crown is decorated with a floral winding arranged in the shape of a medallion with a central depiction of a lying animal. Scientists noticed a similar motif on a Carolingian brooch in the collections of the British Museum in London. 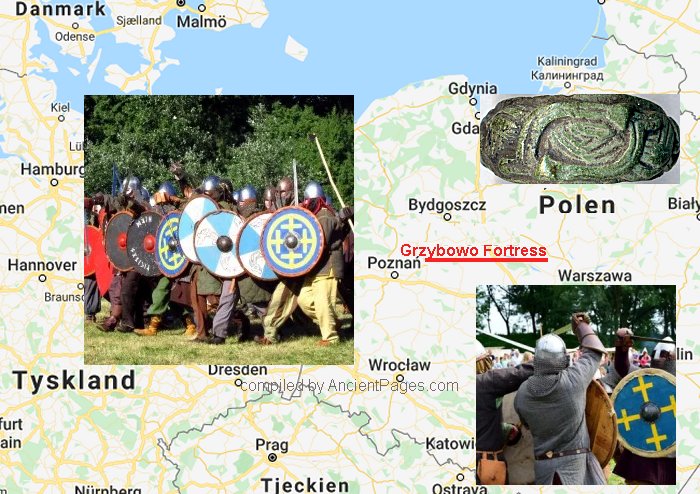 “We hypothesize, also on the basis of this analogy, that it is an image of Agnus Dei (the Lamb of God) and the peacocks surrounding it, which corresponds to our knowledge of the symbolism of the peacock as a symbol of the Resurrection,” Andrałojć said.

It remains an open question of how such a valuable object reached Polish lands and when exactly it happened. The stronghold in Grzybowo existed from the 920s to the middle of the 11th century, which partly overlaps with the period, in which the ring was made.

“We cannot answer the question of how a product with such clear Christian iconography ended up in the stronghold in Grzybowo – whether it was a gift, a loot, or proof of belonging to a Christian community,” Andrałojć said.

The archaeologists hope that art historians will now analyze the artifact that was found in 2003 by Mirosław and Małgorzata Andrałojć together with the archaeologist Mariusz Tuszyński, who at that time headed the research work in the stronghold in Grzybowo.