Conny Waters – MessageToEagle.com – Megadrought that caused the end of the Green Sahara and its vegetation, also heavily damaged human settlements in Southeast Asia.

Researchers have now physical evidence found in caves in Laos shows a connection between these two dramatic events, and say that the end of the Green Sahara triggered a previously unknown megadrought that devastated Southeast Asia. 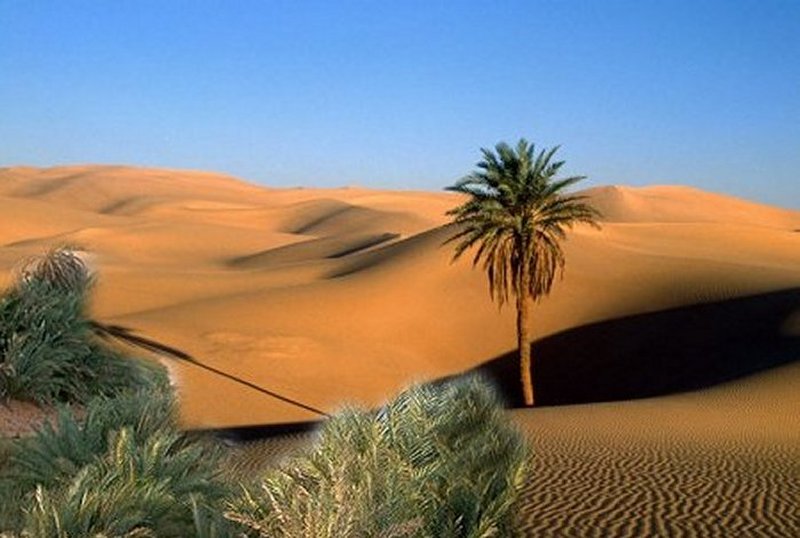 In a paper published in Nature Communications, an international team of researchers led by William Paterson University Professor of Environmental Science and isotope geochemist Michael Griffiths explain how this major climate transformation led to a shift in human settlement patterns in Southeast Asia, which is now inhabited by more than 600 million people.

“What is so critical in what we do in reconstructing the past is highlighting what is possible,” Griffiths said.

“No doubt the large climate changes of the past are not a perfect analogue for the observed changes in Earth’s climate today or in the future. However, I think we can say with a high degree of confidence that populated regions like mainland Southeast Asia have the potential to undergo rapid shifts in both the abundance and timing of monsoon precipitation, underscoring the need for reliable climate projections.”

Griffiths and other researchers, including colleagues of more than 10 years—University of California, Irvine’s Kathleen Johnson, and University of Pennsylvania’s Joyce White— gathered stalagmite samples from caves in Northern Laos. Then, geochemical properties of the oxygen and carbon isotopes, carbon-14, and trace metals found in the specimens were measured and could verify the occurrence of the drought and extrapolate its impacts on the region.

Researchers combined data with a series of climate model simulations, in which Saharan vegetation and dust concentrations were altered, allowing them to investigate the ocean-atmosphere feedbacks associated with such an abrupt shift in precipitation.

The results suggested that reduced plant growth in the Sahara led to increased airborne dust that acted to cool the Indian Ocean, among other effects, leading to a large reduction in monsoon moisture across Southeast Asia that lasted more than 1,000 years.

Anthropologists and archaeologists have previously studied the effects of the demise of the Green Sahara on population centers closer to Western Asia and North Africa. But the link to the origin of the Southeast Asia megadrought and lifestyle pattern shifts in that region had not been previously investigated, Griffiths explains.

“Archaeologists and anthropologists have been studying this event for decades now, in terms of societal adaptations and upheavals, but its exact cause has eluded the scientific community,” Griffiths says.

The research suggests that the centuries-long megadrought corresponds to what is called “the missing millennia” in Southeast Asia—between 4,000 and 6,000 years ago—a time characterized by a noticeable lack of archaeological evidence for the region.

“This study and data from Laos set a new agenda and trajectory of research that is needed to understand human-environment relationships over the long term,” Griffiths says. “Climate change is not just an issue for today, it was a fact in the deep past, and perhaps studying the past can help illuminate our current situation in new ways.”