Eddie Gonzales Jr. – MessageToEagle.com – Two CubeSats, or small satellites, are on a quest to provide insight on space weather disturbances and the subsequent impact on communication signals.

The dynamic duo, the Plasma Enhancements in the Ionosphere-Thermosphere Satellite (petitSat) and Scintillation Prediction Observations Research Task (SPORT), arrived at the International Space Station on Nov. 27, 2022, as part of SpaceX’s 26th commercial resupply mission for NASA. 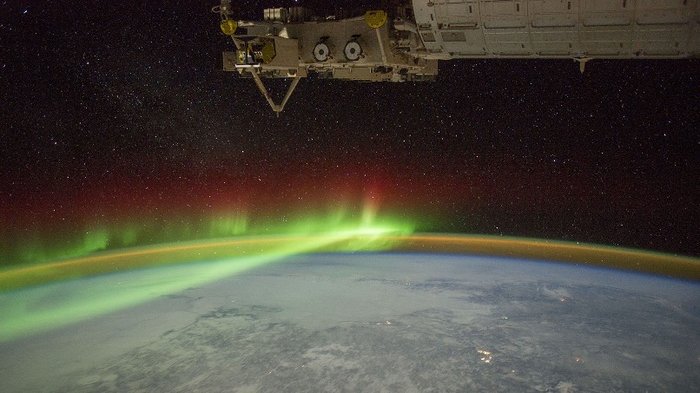 Scientists on both missions are most interested in studying a layer in Earth’s upper atmosphere known as the ionosphere. The ionosphere is where the impacts of space weather on our technology are felt most strongly. It’s home to many satellites, including the International Space Station. Radio waves and GPS signals travel through the ionosphere, and variations there can interfere with, or even disrupt, our communication signals. Space weather can also create electric currents that can induce electrical charge in orbiting satellites, and, in extreme cases, cause power outages on the ground.

Day in and day out, the ionosphere is cooked by the Sun’s radiation into a soup of positively charged ions and negatively charged electrons, called plasma. Fluctuations in the ionosphere cause low-density and high-density regions – bubbles and blobs – to form in the plasma.

These bubbles and blobs can scatter radio signals, sometimes sending them crashing into each other in a phenomenon called scintillation. The result is noisy radio signals, which can reduce the reliability of communication and navigation systems, or even disrupt signals completely. 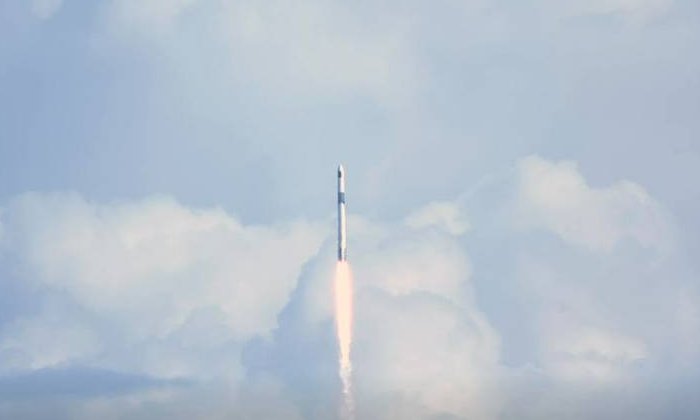 SpaceX’s Falcon 9 rocket, with the Dragon spacecraft atop, soars into the sky from NASA’s Kennedy Space Center in Florida at 2:20 p.m. EST on Nov. 26, 2022, for the 26th commercial resupply services mission to the International Space Station. SPORT and petitSat were aboard the spacecraft. Credits: NASA

“If you put a pencil into a glass of water that’s half full, the pencil appears broken,” said Linda Habash Krause, the project scientist for SPORT at NASA’s Marshall Space Flight Center in Huntsville, Alabama. “What happens when you have bubbles? Similar to the pencil in the water, the signals go through ample bends.”

Unfortunately, scientists do not understand exactly how the plasma bubbles and blobs arise. Once petitSat and SPORT are launched from the space station, the two CubeSats will use complementary scientific instruments to investigate the conditions that cause these disruptive features to form.

“The idea is that the science teams will work together and cross compare,” said Jeff Klenzing, the principal investigator of petitSat at NASA’s Goddard Space Flight Center in Greenbelt, Maryland.

SPORT is equipped with six instruments to make measurements throughout the ionosphere. It will help determine the conditions that exist just before plasma bubbles form and, ultimately, how their evolution impacts ground-based communications signals. SPORT will transmit data back to the Brazilian National Institute for Space Research (INPE), where the data will be distributed to researchers at INPE, NASA, and other U.S. partners.

In a complementary fashion, petitSat will work to determine what triggers plasma blobs, when they appear, or even how large a region they occupy.

Both petitSat and SPORT will provide improved observations and insights into space weather phenomena which impact communications. These missions will collectively enhance our understanding of our ever-changing space environment and amplify current capabilities of small satellites to directly benefit our society.

The more we learn about space weather – and how to predict it – the better we can protect our astronauts, spacecraft, and technology.