Eddie Gonzales Jr. – MessageToEagle.com – Life (as we know it) is based on carbon. Despite its ubiquity, this important element still holds plenty of secrets, on earth and in the heavens above us. For example, astrophysicists like Columbia’s Daniel Wolf Savin who study interstellar clouds want to understand how the chemicals, including carbon, swirling within these nebulous aggregations of gas and dust form the stars and planets that dot our universe and give rise to organic life. 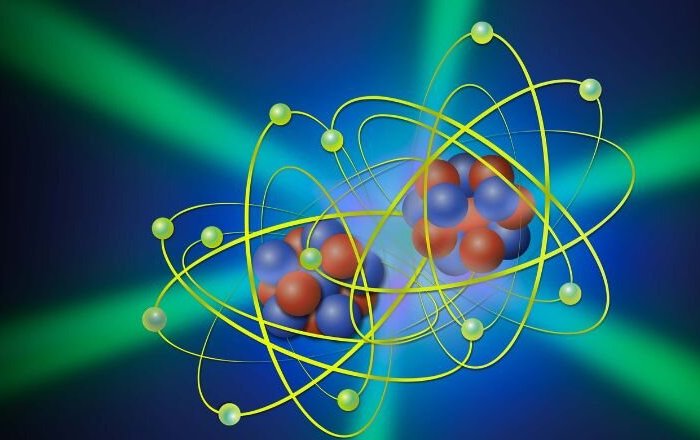 These interstellar clouds are cold to an extreme that’s challenging to mimic in a lab, but Columbia has experts in ultracold science. At a Physics Department retreat several years ago at Columbia’s Nevis Laboratory, astrophysicist Savin met quantum physicist Sebastian Will. Will’s lab specializes in chilling atoms and molecules to their absolute limit with the help of lasers.

Laser cooling techniques have been advancing rapidly in recent years, but physicists’ typical choices of atoms and molecules don’t turn up too often in everyday life. Savin wanted to know: Could you cool carbon molecules?

The answer, at least theoretically, is yes, according to a study that physics graduate student Niccolò Bigagli, Savin, and Will recently published in Physical Review A.

The starting point for laser cooling any atom or molecule is to understand how it absorbs and emits light; that process reduces the kinetic energy of the atom or molecule, ultimately cooling it down and bringing it to a near standstill. The necessary spectroscopic data is challenging to obtain and often requires expensive lab equipment but fortunately, data for carbon molecules already existed in the ExoMol database, an open-source resource from University College London of molecular spectroscopy data that astrophysicists use to study the atmospheres of exoplanets.

Bigagli dove into the data from ExoMol and developed a scheme that should be able to use lasers to cool carbon molecules down to extremely cold temperatures—more closely replicating those conditions within interstellar clouds than has previously been possible in the lab, Savin noted. These cold carbon molecules could then be trapped with so-called optical tweezers for high-precision spectroscopy of their fundamental properties or for reaction experiments to study their quantum chemistry, as pointed out by Will.

“Carbon molecules are absolutely essential building blocks for so many other molecules—it’s incredible to think about the possibilities of what we might be able to create with this new laser cooling scheme,” Bigagli said. That could include combining carbon with hydrogen atoms to study an important class of molecules called hydrocarbons.

That carbon molecules, which in some aspects are quite different from molecules that have been laser-cooled so far in labs, are amenable to the technique also raises the possibility that more options may be on the table than previously realized. “Carbon molecules could be the bridge between physicists’ somewhat esoteric molecules and those that chemists study with more real-life applications,” Bigagli said. The team is currently analyzing additional data to identify other interesting molecules that could potentially be laser-cooled, as well as thinking about what they might add to cooled carbon.

Only actual experiments will tell how successful the carbon cooling scheme will be, said Will, and he hopes his lab will be able to build the necessary laser setups soon. “We’ve shown that, fundamentally, this will work with state-of-the-art technology—we just need the resources to put it together,” he said.