A. Sutherland – MessageToEagle.com – You drink water with a memory! Try to drink as clean water as possible.

The true nature of water, which is the source of life – is unknown. We still know very little about the fascinating properties of water and its secrets. However, we certainly agree with Leonardo Da Vinci who said that ‘water is the driving force of all nature‘.

Water hides a lot of power that we are able to release and shape with the help of the energy of our strong emotions, both positive and negative. 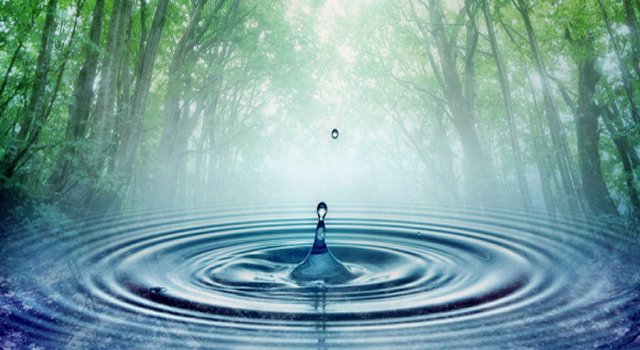 Thoughts and words have unique magnetic codes, which can interact with water; according to Dr. Emoto.

Masaru Emoto, a doctor of alternative medicine and first of all, a scientist with an open mind, has carried out worldwide water research and how it affects us, humans and our environment.

Emoto, who wrote several volumes of a work titled “Messages from Water”, is famous for his claims that human consciousness has an effect on the molecular structure of water.
Thoughts and words have unique magnetic codes, which can interact with water; according to Dr. Emoto.

His experiments with water showed that the water reacts for our words and depending on what we say and what emotions accompany our words, it creates either beautiful and harmonious shapes or ugly and irregular ones. We learn from Dr. Emoto that water has a memory – a memory far longer than our transient lifetimes.

The behavior of this memory can be compared to our modern CD storing digital data or magnetic tape.

Today, many scholars admit that water is an amazing substance capable of the efficient gathering of information from all things as soon as it comes in contact with them!

The behavior of water memory can be compared to our modern CD storing digital data or magnetic tape.

The theoretical physicist Emilio del Giudice at the University of Milano, Italy, could explain together with cooperators that water has the ability to store information over long periods of time.

Benveniste’s experiments were followed by many other scientists worldwide.

One of the Russian scientists, Alexander Stiepanow put a dish with distilled water on the forehead of a lying man. It was made to save microenergetic information extracted from the man. Then, Stiepanov began to study a graphic record (chart) of water used in his experiment with a special device. 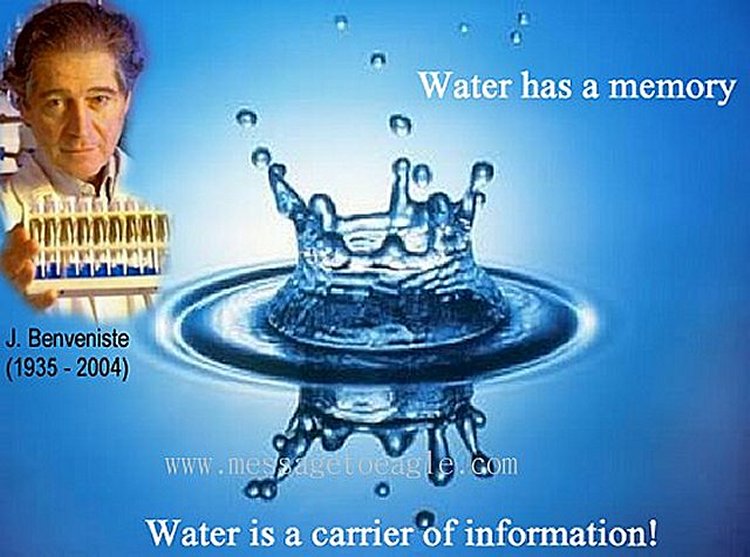 He compared it with another chart obtained in the case of ordinary water, not exposed to the biomagnetic field of the human being. These two charts were UNLIKE!

Now it was time for another experiment. Alexander Stiepanov put a glass of distilled water on exactly the same place but on photography of the man’s forehead.

Then, the scientist compared the graphic record obtained in the second experiment with the first one. Two graphic records were IDENTICAL!

The scientist repeated the experiment several times. The result was always the same.

The essence of the memory of water can be compared to the alphabetic puzzle – the same letters can be arranged into different words with different meanings, which have different information. Such letters are in the case of water – its molecules.

It’s like a “code” containing a whole range of relevant information and suitable properties but depending on many different factors. Similarly, as in the case of the genetic code of living organisms.

Water is one of the carriers of such information. This information can be transmitted further via the internet, phone lines. It’s hard to imagine what more can be made with this kind of information. The possible applications are innumerable.

Research into water is just beginning! New research from the Aerospace Institute of the University of Stuttgart in Germany supports Dr. Jacques Benveniste’s 1988 assertion that water has an imprint of energies to which it has been exposed.

Think about it! You drink water with a memory! Try to drink as clean water as possible.

Ancient people were also aware of the power of water which can be seen in myths and legends worldwide.