The teams, led by academic Remzi Yağcı from Dokuz Eylül University have reached the inner walls of the tomb. 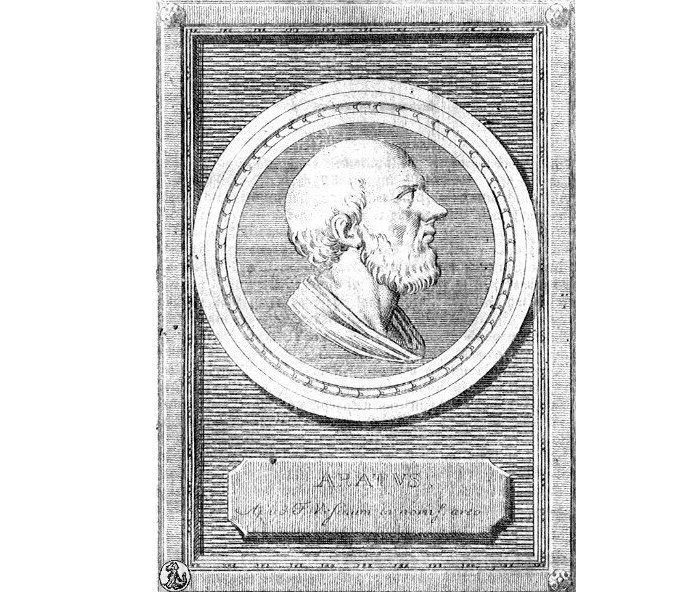 Aratus’ monumental tomb is the memorial tomb of the Hellenic-era astronomer and poet in what was then called Soli. The tomb was already discovered three years ago inside the ancient city of Soli Poempiopolis, Turkey, but archaeologists were not allowed to open it. The tomb was located on the ground used as an agricultural field, underneath a large greenhouse.

The tomb of Ararus is of great importance for the region and so are the ruins of the ancient city of Soli. Having reached the inner walls on the sixth day of the works, the team is determined to unearth entirely the tomb of Aratus and whatever there is left of Soli ancient city.

The ruins are located between Mezitli’s high-rise buildings and the main avenue that link the provinces of Mersin and Antalya. 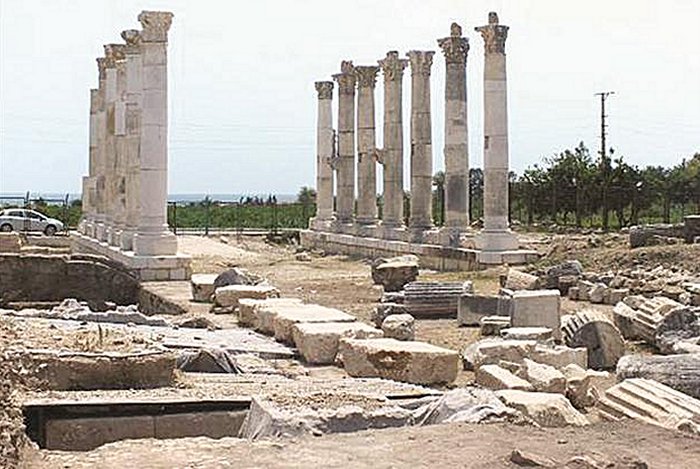 He added that the team was unearthing pieces one relic at a time, hence, why they don’t know what exactly they are dealing with and how its shape will turn out to be.

“We’re still at the start of things. But we’ve encountered a circular structure surrounded by two rows of hexagonal shapes. The shapes, however, can change the more the digs continue and become clearer. We can say clearer things in the future,” Deniz Kaplan from Mersin University’s archaeology department said.

The team previously unearthed many glorious artifacts from thousands of years ago, including statues of gods, streets lined by columns with busts of emperors and senior managers, a theater, an aqueduct, and a Roman Turkish bath, as well as the city’s harbor. The columns were seriously damaged in an earthquake many years ago, but some of their remains are still standing.

Mezitli Mayor Neşet Tarhan has said he has been visiting the site frequently to encourage the digs and is keen to see the findings unveiled so that they can be introduced to the world. Tarhan called on the residents of Mersin to visit the site and learn more about the history of the city they live in. 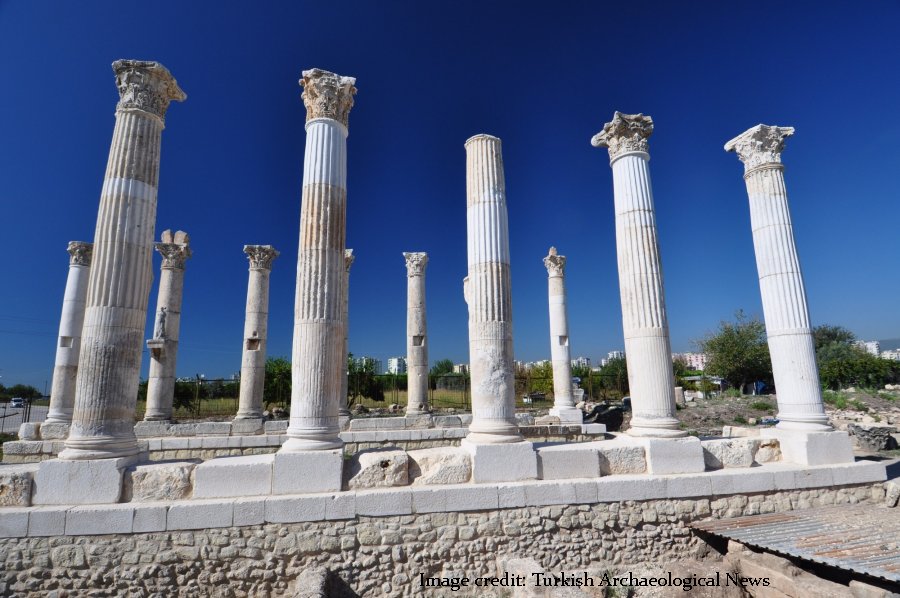 The area of the ancient Soli/Pompeiopolis is now knows an Viranşehir – literally meaning the ‘Ruined City’.

“It is not possible to reach conclusions with the works of the municipality and the Culture and Tourism Ministry only. The people of Mersin should come and see how the excavations are done, what their history is, and who lived here in the past. The world will find out about Mezitli, which has a 2,000-3,000-year history after Aratus’ tomb emerges from the ground,” Tarhan said.

The ancient site of Soli Pompeiopolis, located in the southeastern province of Mersin’s Mezitli district, has a great history full of traces associated with many civilizations dated to the Neolithic, Hellenistic and Roman periods.

The ruins of Soli have yielded many discoveries that testify to the splendor of Mersin, which was once the heartland of the Kingdom of Cilicia. Soli Pompeiopolis was a colony of Rhodes, established circa 700 BC. and destroyed in the 1st century BC. After, the city was rebuilt by Pompey the Great (106 BC – 48 BC). Thereafter, it was called Pompeiopolis.

Mersin had a prominent maritime center in antiquity and today is home to Turkey’s largest seaport, serving as the country’s Mediterranean gateway. Its coast is dotted with several other ancient sites that date back to several civilizations that lived in the lands, including Cilicia, the Hittites, Romans, and Byzantines.