Eddie Gonzales Jr. – MessageToEagle.com – According to Einstein’s theory of general relativity rotating black holes have enormous amounts of energy available to be tapped, but will humanity ever be able to take advantage of this energy source?

For the last 50 years, scientists have tried to come up with methods to unleash this power. Nobel physicist Roger Penrose theorized that a particle disintegration could draw energy from a black hole; Stephen Hawking proposed that black holes could release energy through quantum mechanical emission; while Roger Blandford and Roman Znajek suggested electromagnetic torque as a main agent of energy extraction. 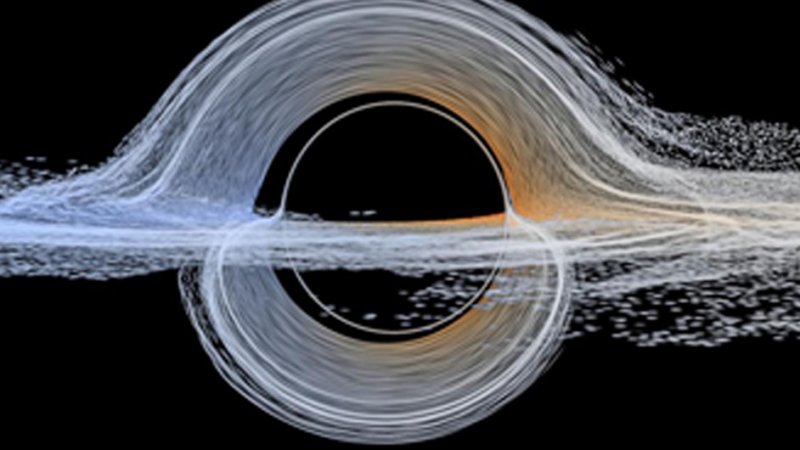 Plasma close to the event horizon about to be devoured by a rotating black hole. Credit: Classical And Quantum Gravity, 2015. Reproduced By Permission of IOP Publishing

Now, in a study published in the journal Physical Review D, scientists propose a new way to extract energy from black holes by breaking and rejoining magnetic field lines near the event horizon, the point from which nothing, not even light, can escape the black hole’s gravitational pull.

“Black holes are commonly surrounded by a hot ‘soup’ of plasma particles that carry a magnetic field,” said Luca Comisso, scientist at Columbia University in a press statement.

“Our theory shows that when magnetic field lines disconnect and reconnect, in just the right way, they can accelerate plasma particles to negative energies and large amounts of black hole energy can be extracted.”

This finding could allow astronomers to better estimate the spin of black holes, drive black hole energy emissions, and might even provide a source of energy for the needs of an advanced civilization, Comisso said.

This theory is based on the premise that reconnecting magnetic fields accelerates plasma particles in two different directions. One plasma flow is pushed against the black hole’s spin, while the other is propelled in the spin’s direction and can escape the clutches of the black hole, which releases power if the plasma swallowed by the black hole has negative energy.

“It is like a person could lose weight by eating candy with negative calories,” said Comisso, who explained that essentially a black hole loses energy by eating negative-energy particles. “This might sound weird,” he said, “but it can happen in a region called the ergosphere, where the spacetime continuum rotates so fast that every object spins in the same direction as the black hole.”

Inside the ergosphere, magnetic reconnection is so extreme that the plasma particles are accelerated to velocities approaching the speed of light.

“We calculated that the process of plasma energization can reach an efficiency of 150 percent, much higher than any power plant operating on Earth,” Felipe Asenjo from Universidad Adolfo Ibáñez in Chile said.

“Achieving an efficiency greater than 100 percent is possible because black holes leak energy, which is given away for free to the plasma escaping from the black hole.” 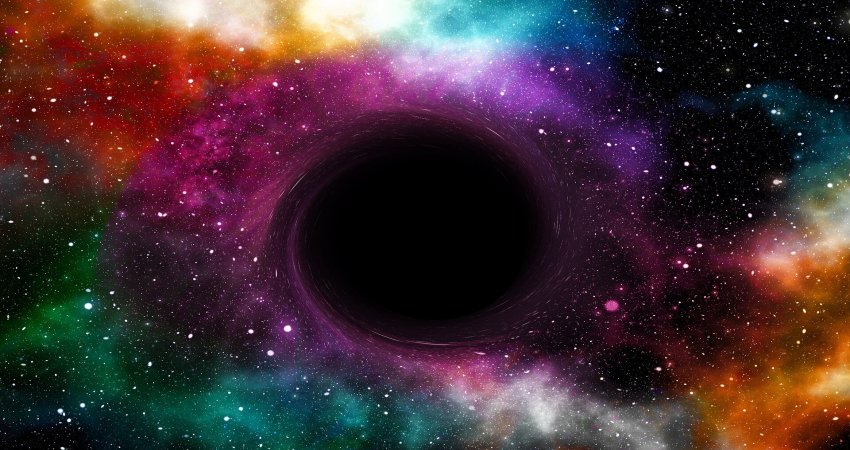 The process of energy extraction envisioned by Comisso and Asenjo might be already operating in a large number of black holes. That may be what is driving black hole flares—powerful bursts of radiation that can be detected from Earth.

“Our increased knowledge of how magnetic reconnection occurs in the vicinity of the black hole might be crucial for guiding our interpretation of current and future telescope observations of black holes, such as the ones by the Event Horizon Telescope,” Asenjo said.

While it may sound like the stuff of science fiction, mining energy from black holes could be the answer to our future power needs.

“Thousands or millions of years from now, humanity might be able to survive around a black hole without harnessing energy from stars,” Comisso said. “It is essentially a technological problem. If we look at the physics, there is nothing that prevents it.”