MessageToEagle.com – It is unlikely that Earth’s magnetic field is about to reverse anytime soon, says a new study conducted by an international team of researchers including the University of Liverpool.

Many have speculated that the Earth’s geomagnetic fields may be about to reverse , with substantial implications, due to a weakening of the magnetic field over at least  the last two hundred years,  combined with the expansion of an identified weak area in the Earth’s magnetic field called the South Atlantic Anomaly.

NOTE: South Atlantic Anomaly (SAA) that stretches from Chile to Zimbabwe, is a phenomenon that takes place due to something known as the Van Allen Radiation Belts. These Van Allen radiation belts are responsible for trapping radioactive particles near the coast of Brazil, which creates the SAA phenomenon. However, they do not cause any harm to humans and their bodies. The main effects of the SAA phenomenon are exhibited only in air crafts and air vessels which take that route while flying.

SAA is of great significance to astronomical satellites and other spacecraft that orbit the Earth at several hundred kilometers altitude; these orbits take satellites through the anomaly periodically, exposing them to several minutes of strong radiation, caused by the trapped protons in the inner Van Allen belt. The International Space Station requires extra shielding to deal with this problem and the Hubble Space Telescope does not take observations while passing through the SAA.  Passing through the South Atlantic Anomaly is thought to be the reason for the early failures of the Globalstar network’s satellites.

“There has been speculation that we are about to experience a magnetic polar reversal or excursion. However, by studying the two most recent excursion events, we show that neither bear resemblance to current changes in the geomagnetic field and therefore it is probably unlikely that such an event is about to happen. “Our research suggests instead that the current weakened field will recover without such an extreme event, and therefore is unlikely to reverse,” Richard Holme, Professor of Geomagnetism at the University of Liverpool, said in a press release.

The researchers model observations of the geomagnetic field of the two most recent geomagnetic excursion events, the Laschamp, approximately 41,000 years ago, and Mono Lake, around 34,000 years ago, where the field came close to reversing but recovered its original structure. 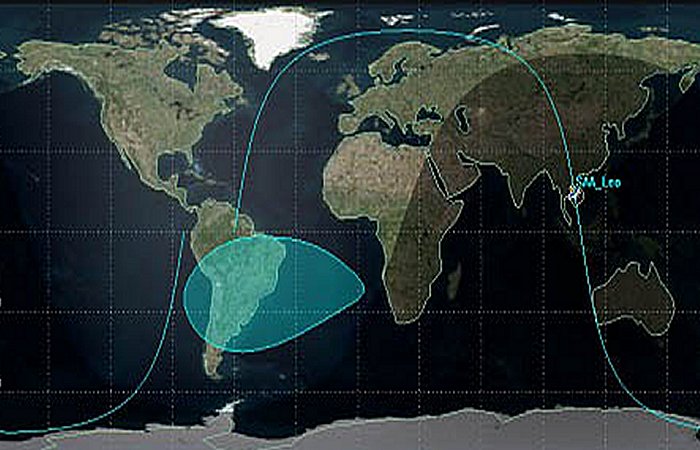 The model reveals a field structures comparable to the current geomagnetic field at both approximately 49,000 and 46,000 years ago, with an intensity structure similar to, but much stronger than, today’s South Atlantic Anomaly (SAA); their timing and severity is confirmed by records of cosmogenic nuclides. However, neither of these SAA-like fields developed into an excursion or reversal.

The last time the so-called  geomagnetic reversal happened  780,000 years ago. However, geomagnetic excursions, where the field comes close to reversing but recovers its original structure, have occurred more recently.

The magnetic field shields the Earth from solar winds and harmful cosmic radiation. It also aids in human navigation, animal migrations and protects telecommunication and satellite systems. It is generated deep within the Earth in a fluid outer core of iron, nickel and other metals that creates electric currents, which in turn produce magnetic fields.

Research is published in the Proceedings of the National Academy of Sciences.