Don Wood – MessageToEagle.com –  Some great news from the world of quantum physics. The mysterious chiral Majorana fermion, referred to as the “angel particle” has been sighted for the first time ever on the surface of a common metal: gold.

“Majorana ferminons are these exotic things, that have long been a dream to see, and we now see them in a very simple material—gold,” says Jagadeesh Moodera, a senior research scientist in MIT’s Department of Physics. “We’ve shown they are there, and stable, and easily scalable.”

Majorana fermions are enigmatic particles that act as their own antiparticle and were first hypothesized to exist in 1937.

They are of immense interest to physicists because their unique properties could allow them to be used in the construction of a topological quantum computer. 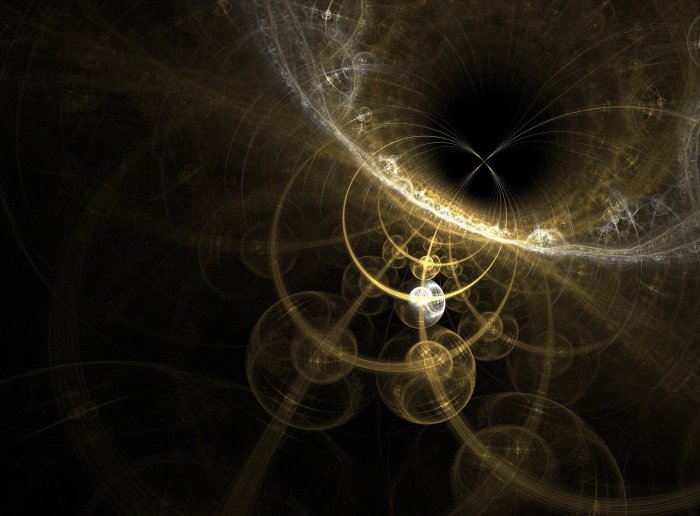 In particle physics, fermions are a class of elementary particles that includes electrons, protons, neutrons, and quarks, all of which make up the building blocks of matter. For the most part, these particles are considered Dirac fermions, after the English physicist Paul Dirac, who first predicted that all fermionic fundamental particles should have a counterpart, somewhere in the universe, in the form of an antiparticle—essentially, an identical twin of opposite charge.

In 1937, the Italian theoretical physicist Ettore Majorana extended Dirac’s theory, predicting that among fermions, there should be some particles, since named Majorana fermions, that are indistinguishable from their antiparticles.

Mysteriously, the physicist disappeared during a ferry trip off the Italian coast just a year after making his prediction. Scientists have been looking for Majorana’s enigmatic particle ever since.

It has been suggested, but not proven, that the neutrino may be a Majorana particle. On the other hand, theorists have predicted that Majorana fermions may also exist in solids under special conditions.

Now the MIT-led team has observed evidence of Majorana fermions in a material system they designed and fabricated, which consists of nanowires of gold grown atop a superconducting material, vanadium, and dotted with small, ferromagnetic “islands” of europium sulfide.

When the researchers scanned the surface near the islands, they saw signature signal spikes near zero energy on the very top surface of gold that, according to theory, should only be generated by pairs of Majorana fermions.

“The next push will be to take these objects and make them into qubits, which would be huge progress toward practical quantum computing,” adds co-author Patrick Lee, the William and Emma Rogers Professor of Physics at MIT.

If they could be harnessed, Majorana fermions would be ideal as qubits, or individual computational units for quantum computers. The idea is that a qubit would be made of combinations of pairs of Majorana fermions, each of which would be separated from its partner. If noise errors affect one member of the pair, the other should remain unaffected, thereby preserving the integrity of the qubit and enabling it to correctly carry out a computation.

Mysterious X17 Particle – Has The Fifth Force Of Nature Been Discovered?

“There are several material platforms where people believe they’ve seen Majorana particles,” Lee says. “The evidence is stronger and stronger, but it’s still not 100 percent proven.”

Over the last few years, the researchers have characterized gold’s surface state and proved that it could work as a platform for observing Majorana fermions, after which the group began fabricating the setup that Lee envisioned years ago.

They first grew a sheet of superconducting vanadium, on top of which they overlaid nanowires of gold layer, measuring about 4 nanometers thick. They tested the conductivity of gold’s very top layer, and found that it did, in fact, become superconductive in proximity with the vanadium. They then deposited over the gold nanowires “islands” of europium sulfide, a ferromagnetic material that is able to provide the needed internal magnetic fields to create the Majorana fermions.

The team then applied a tiny voltage and used scanning tunneling microscopy, a specialized technique that enabled the researchers to scan the energy spectrum around each island on gold’s surface.

Moodera and his colleagues then looked for a very specific energy signature that only Majorana fermions should produce, if they exist. In any superconducting material, electrons travel through at certain energy ranges. There is however a desert, or “energy gap” where there should be no electrons. If there is a spike inside this gap, it is very likely a signature of Majorana fermions.

Looking through their data, the researchers observed spikes inside this energy gap on opposite ends of several islands along the direction of the magnetic field, that were clear signatures of pairs of Majorana fermions.

“We only see this spike on opposite sides of the island, as theory predicted,” Moodera says. “Anywhere else, you don’t see it.”

“In my talks, I like to say that we are finding Majorana, on an island in a sea of gold,” Lee adds.

Moodera says the team’s setup, requiring just three layers—gold sandwiched between a ferromagnet and a superconductor—is an “easily achievable, stable system” that should also be economically scalable compared to conventional, semiconductor-based approaches to generate qubits.

“Seeing a pair of Majorana fermions is an important step toward making a qubit,” Wei says. “The next step is to make a qubit from these particles, and we now have some ideas for how to go about doing this.”