MessageToEagle.com – In 1928, physicist Paul Dirac predicted that every fundamental particle has an antiparticle – a twin that has an opposite charge.  Dirac announced his stunning discovery and said that when particle and antiparticle met they would be annihilated, releasing a poof of energy.

A few years later the first antimatter particle – the electron’s opposite, the positron – was discovered, and antimatter quickly became part of popular culture. Later in 1937, brilliant physicist, Ettore Majorana, introduced a new twist: He predicted that in the class of particles known as fermions, which includes the proton, neutron, electron, neutrino and quark, there should be particles that are their own antiparticles.

Now, after an 80-year quest, scientists can finally confirm the existence of Majorana fermion. The discovery was made by researchers from Stanford University and University of California who found the Majorana fermion in a series of lab experiments on exotic materials. 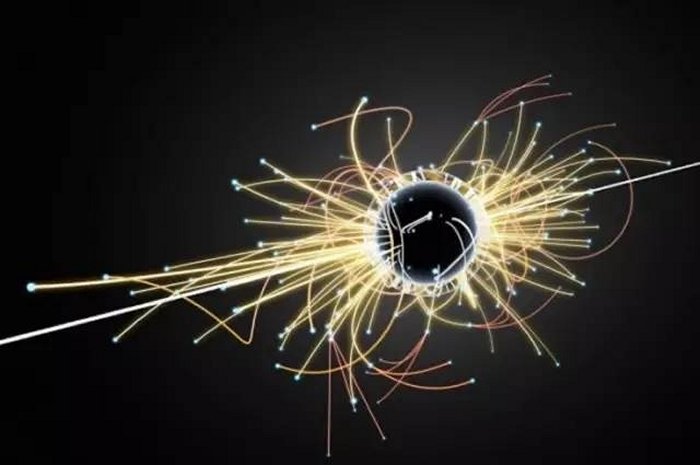 “Our team predicted exactly where to find the Majorana fermion and what to look for as its ‘smoking gun’ experimental signature,” said Zhang, a theoretical physicist and one of the senior authors of the research paper. “This discovery concludes one of the most intensive searches in fundamental physics, which spanned exactly 80 years.”

Although the search for the famous fermion seems more intellectual than practical, he added, it could have real-life implications for building robust quantum computers, although this is admittedly far in the future.

The particular type of Majorana fermion the research team observed is known as a “chiral” fermion because it moves along a one-dimensional path in just one direction. While the experiments that produced it were extremely difficult to conceive, set up and carry out, the signal they produced was clear and unambiguous, the researchers said.

“It does seem to be a really clean observation of something new,” said Frank Wilczek, a theoretical physicist and Nobel laureate at the Massachusetts Institute of Technology who was not involved in the study. “It’s not fundamentally surprising, because physicists have thought for a long time that Majorana fermions could arise out of the types of materials used in this experiment. But they put together several elements that had never been put together before, and engineering things so this new kind of quantum particle can be observed in a clean, robust way is a real milestone.”

Zhang calls the newly-found particle the “angel particle,” referring to Dan Brown’s bestseller “Angels and Demons” which featured a matter/anti-matter time bomb as part of the plot.