MessageToEagle.com – A dark cave thousands of feet up the side of a remote mountain in the Philippines is the final resting place of these curious corpses known as ‘fire mummies’.

The Ibaloi people, an ancient race from the Philippines, smoked their dead dry for months to mummify them – giving them their firey nickname.

The preserved remains lie in dark caverns 4,000ft up the side of Mount Timbac, near Kabayan in the province of Benguet, 200 miles north of capital Manila.
Some of them have been locked away for more than 1,000 years.

The Ibaloi’s burial practice endured until the arrival of Spanish colonisers four hundred years ago and the mummy caves themselves remained untouched until the 19th century.

Although only a handful of the mountainside Ibaloi tombs are open to the public, many have become the target of vandals and looters in recent years.

“It is believed only a few Ibaloi elders know the specific locations of the 80 sacred caves. They are said to perform ancient rituals at the tombs to this day.

Edgar Alan Zeta-Yep, 31, from the Philippines, hiked up Mount Timbac to see the ancient mummies. His visit came two decades after Edgar first saw one of the mummies at a Bangoiu City museum. 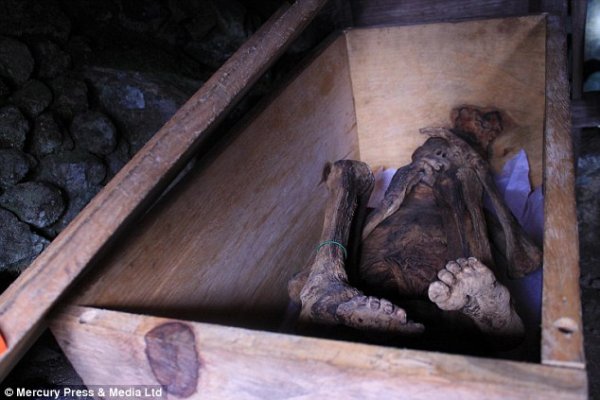 Mr Zeta-Yep, who has been a travel photographer for seven years, told Mercury Press: ‘I have always been fascinated by them. 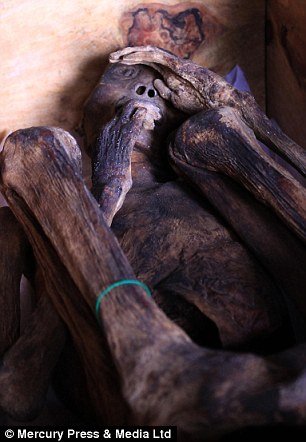 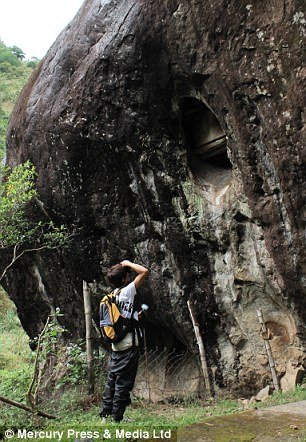 ‘It was a spooky and enlightening experience crouched inside a small and damp rock shelter to admire and photograph the mummies really up close.’
Mr Zeta-Yep used a DSLR camera on a portable tripod to take the shots with a long exposure, to capture the detail inside the dark caves. ” Daily Mail reports.

He said: ‘After murmuring prayers, our Ibaloi guide lifted the covers. They were lying inside wooden coffins in a fetal position, some with hands over their faces as if to shield the light from our torches.

‘The mummies were so well-preserved, we could even see the linear tattoos preserved on their arms and legs.’