Conny Waters – MessageToEagle.com – During the Bronze Age, Mesopotamia was witness to several climate crises. In the long run, these crises prompted the development of stable forms of State and therefore elicited cooperation between political elites and non-elites. 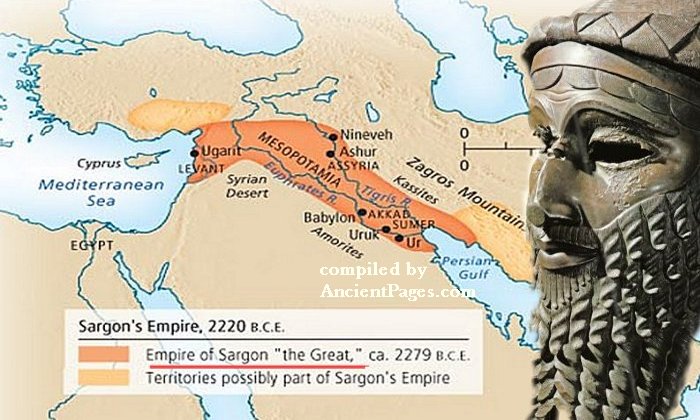 The situation was no doubt – dramatic.

The scholars from the University of Bologna, Italy, and Eberhard Karls Universität Tübingen, Germany investigated the impact of climate shocks in Mesopotamia between 3100 and 1750 BC. They applied this approach to the first detailed database on climate and institutional evolution of the 44 most important states of Mesopotamia.

“Severe and prolonged droughts pushed elites of landowners to grant political and property rights to the non-elites, who had the skills and tools to stem the damages brought by climate change. Elites did so to persuade non-elites that a sufficient part of the crops would be shared through the production of public goods”, explains Carmine Guerriero, a professor at the Department of Economics at the University of Bologna and one of the authors of this study. “On their end, non-elites promoted institutional changes, embracing a culture of cooperation to persuade elites of their commitment to future cooperations”.

Three severe droughts seem to confirm these intuitions. In the last stages of the Urban Revolution (3800-3300 b.C.), religious groups stepped in and eventually coordinated the effort of building the first human-made canals.

Then, during the Protodynastic Period (3100-2550 b.C.), the Palatine military promoted the cooperation between farmers, granting them protection and the resources of the military enlistment. During the Imperial Period (2350-1750 b.C.), a valuable and climate shock-independent alternative to agricultural activities was put forward by corporations of merchants that had increasingly taken hold. Conversely, periods of milder climate promoted the cooperation between non-elites and elites while elites were not forced to give up their power and non-elites were not obliged to adopt a culture of intense cooperation.

“Because of their primarily agricultural economic systems, some developing countries are experiencing climate change in a way that resembles that of Mesopotamian States, and they will also experience politically relevant consequences”, adds Guerriero.

“On the one hand, unfavorable climate shocks can promote cooperation between normally contrasting parties by granting more rights to non-elites. On the other hand, favorable climate conditions allow for the cooperation between elites and non-elites through less inclusive social orders and with some degree of cultural accumulation. Therefore, two major objectives in this sense are spreading a strong culture of cooperation and avoiding the random transfer of more inclusive social orders in developing countries”.

All in all, analyzing events concerning lost civilizations can offer useful insights to understand and solve issues of present times.

“The past offers a more encouraging perspective against which we can measure the gravity of today’s crises including the pandemic”, suggests Guerriero.

“Moreover, the past shows the importance of an interdisciplinary approach involving social and natural sciences to obtain a more precise evaluation of short-, medium- and long-term effects of climate change”.