MessageToEagle.com – Pearls, the most flawless and highly prized of them, are perhaps the most perfectly spherical macroscopic bodies in the biological world.

Why are they so round?

Why are other pearls solids of revolution (off-round, drop, ringed pearl), and yet others have no symmetry (baroque pearls)?

A new study may have solved one of nature’s the greatest mysteries – the perfection of the pearls!
We observe that with a spherical pearl the growth fronts of nacre are spirals and target patterns distributed across its surface, and that this is true for a baroque pearl, too, but that in pearls with rotational symmetry spirals and target patterns are found only in the vicinity of the poles; elsewhere the growth fronts are arrayed in ratchet fashion around the equator,” write scientists in their paper “Pearls Are Self-Organized Natural Ratchets”.

Scientists argue that pearl rotation is a self-organized phenomenon caused and sustained by physical forces from the growth fronts, and that rotating pearls are an example—perhaps unique—of a natural ratchet. 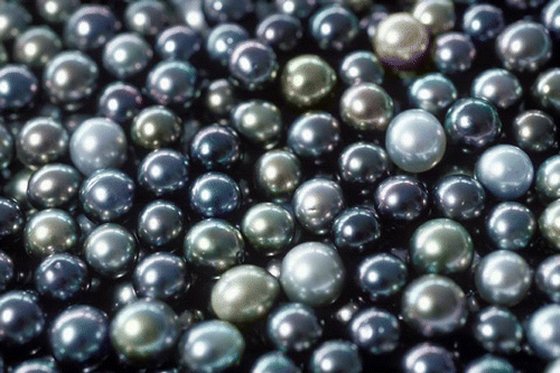 The mystery of how pearls form into the most perfectly spherical large objects in nature may have an unlikely explanation, scientists are proposing in a new study.

Julyan Cartwright, Antonio G. Checa and Marthe Rousseau point out that the most flawless and highly prized pearls have perhaps the most perfectly spherical, or ball-like, shape among all the objects in nature that are visible without a microscope.

Pearls develop as nacre (mother of pearl) and other liquids accumulate around grains of sand or other foreign objects inside certain oysters and other shellfish. But how do pearls grow into such perfect spheres?

The answer, they say, may be relatively simple — with developing pearls having a saw-toothed, or ratchet-like, surface.

That texture generates forces that make the pearl turn inside the oyster’s tissues in response to movements in the environment. The result is a spherical build-up of nacre and other textures.

Rotating pearls are a perhaps unique example of a natural ratchet, the scientists say.