MessageToEagle.com – A few kilometers from Rome, there are ruins of the ancient city of Ostia, which by its historical importance and preservation is not inferior to Pompeii and Herculaneum, the two famous flourishing Roman towns engulfed by Vesuvius eruption on August 24, AD 79. 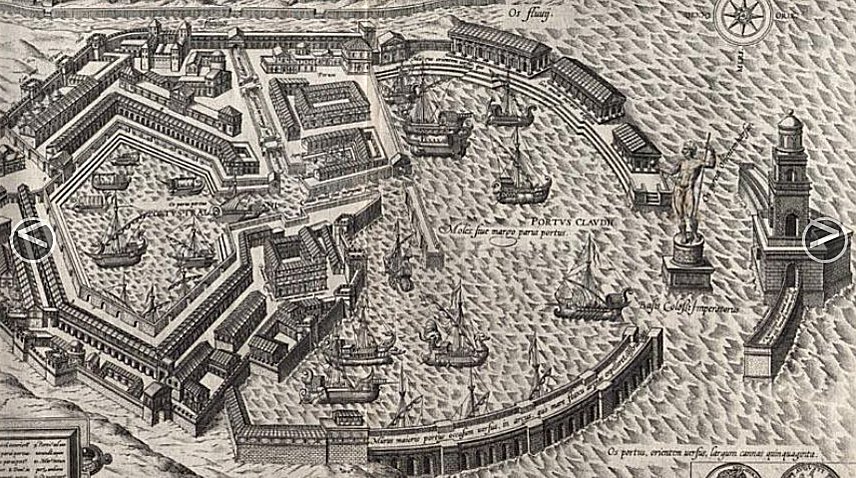 Plan of the seaport Ostia Antica.

Today, Ostia (modern Ostia Antica) is the most significant archaeological site in the vicinity of Rome. It is believed that Ostia Antica may have been one of the very first Roman colonies.

According to an ancient legend, Ancus Marcius (642 to 617 BC), the semi-legendary fourth king of Rome, founded the port of Ostia at the mouth of the Tiber River. There is an inscription that confirms the establishment of the old castrum of Ostia in the 7th century BC. The oldest archaeological remains so far discovered date back to only the 4th century BC and the most ancient buildings preserved until today, date back to the 3rd century BC.

When Rome developed a navy, Ostia became a naval base, complete with a fort and served as the main fleet base on the west coast of Italy. By AD 150, when Rome controlled the entire Mediterranean region, Ostia was also a busy commercial port. 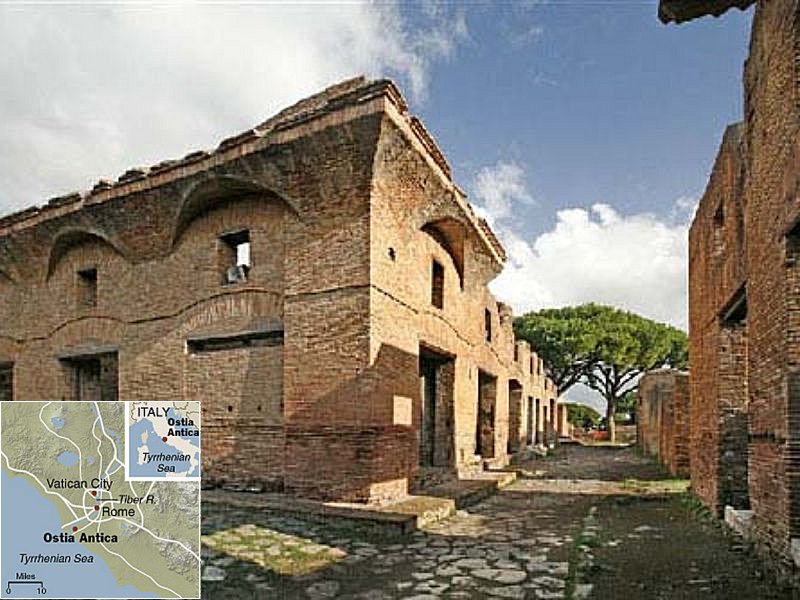 Originally the Tiber River flowed into the sea precisely at the spot where the Romans founded the ancient port city of Ostia in the 4th Century B.C. The name itself is derived from the Latin word “ostium” for – estuary.

By the 2nd century AD, it had become a flourishing commercial center inhabited by more than 100,000 people. Today, Ostia’s people are gone, but the ruined houses, mosaics on the floors, frescoes on the walls, paved roads, piazzas, empty taverns and grocery shops are still intact.

Surprisingly well-preserved are also avenues and streets that give an idea of what life was like in an ancient commercial seaport during the height of the Roman Empire. 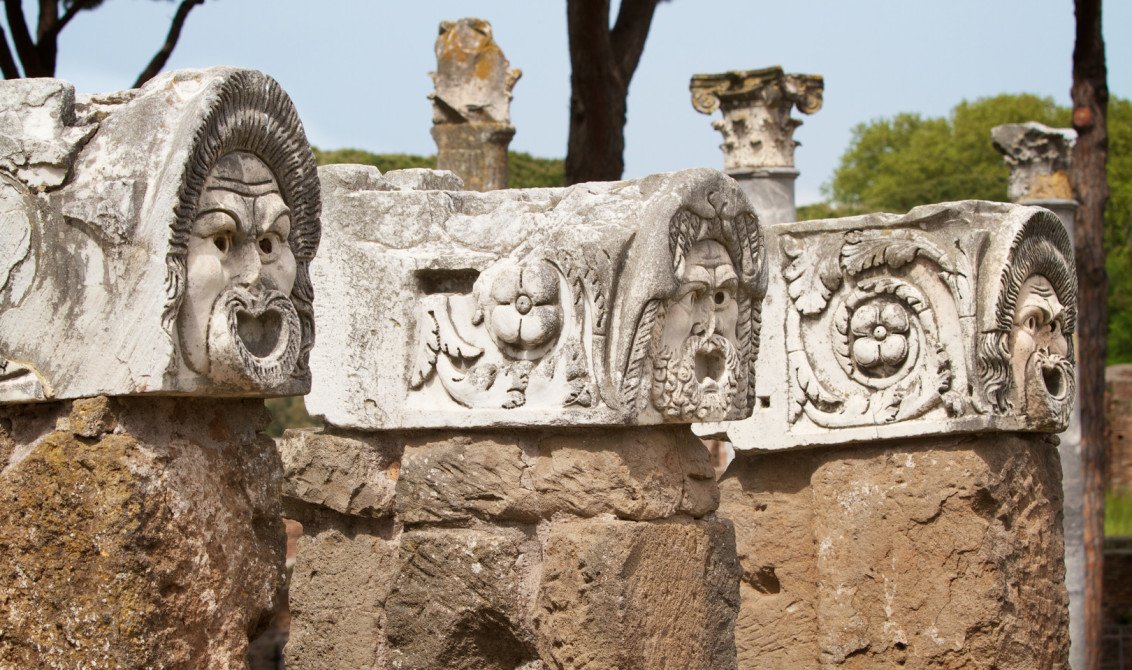 There is also the well-preserved amphitheater, built in the AD 1st and 2nd centuries, with 2,700 seats. Several giant marble theater masks still survive on tufa columns at the stage.

Among other structures, there are city’s public baths, a necropolis, many apartments where the poor dock workers lived, Christian chapels, docks and warehouses.

There is also the well-preserved amphitheater, built in the AD 1st and 2nd centuries, with 2,700 seats.

Many black-and-white mosaics have been preserved, with symbols and texts referring to trade.

Ostia Antica is preserved because of the sand and mud from the Tiber that covered the port after it had been abandoned when Rome fell in the 5th century AD.

“Altar Of Twelve Gods” At Gabii, Italy Was Once An Important Ancient Place

With the end of the Roman Empire, Ostia fell slowly into decay, and was finally abandoned in the 9th century due to several invasions and sackings. The remaining inhabitants moved to Gregoriopolis. 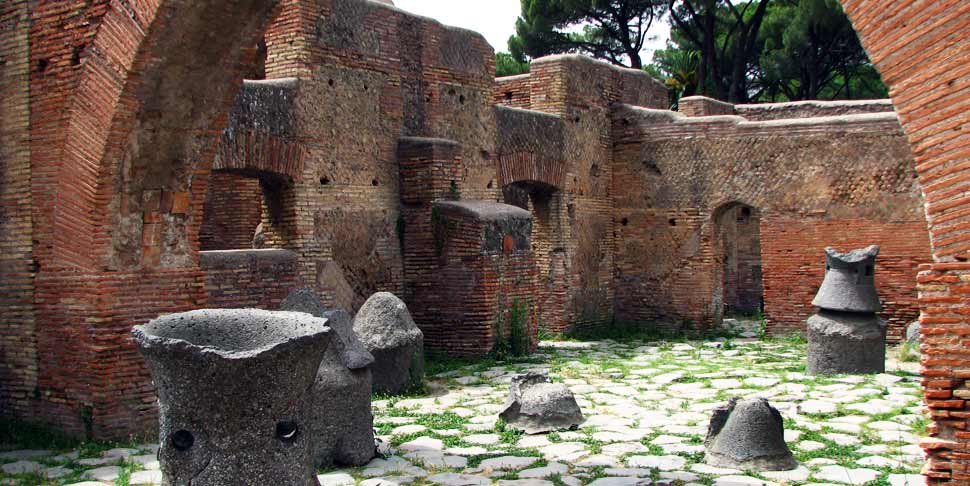 A bakery with millstones out back at Ostia Antica. Photo credits: Patrick Denker

Later, the city was plundered for their marble to build the cathedrals in Orvieto, Florence and Pisa, Florence, and Orvieto. 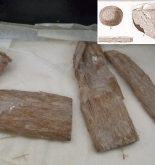