MessageToEagle.com – The 5,000-year-old Stonehenge monument, in Wiltshire, UK has fascinated scientists for centuries and it still remains unclear why this impressive ancient structure was built. Many theories have been presented, but none of them have solved the mystery behind the gigantic stone monuments our ancestors placed in a field in Southern England.

One Australian scientist now believes she has uncovered the secrets behind Stonehenge.

According to this new, intriguing theory put forward by Lynne Kelly Stonehenge was a ‘memory code’.

In her new book, The Memory Code: The Secrets of Stonehenge, Easter Island and Other Ancient Monuments, author Lynne Kelly suggests that the stone circles of England, the huge animal shapes in Peru, and the statues of Easter Island, were not so much objects of superstition, but tools allowing people to create a huge storehouses of knowledge. 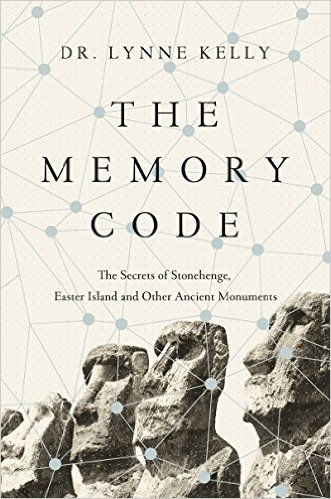 In ancient, pre-literate cultures across the globe, tribal elders had encyclopedic memories. They could name all the animals and plants across a landscape, identify the stars in the sky, and recite the history of their people. Yet today, most of us struggle to memorize more than a short poem.

Using traditional Aboriginal Australian song lines as a starting point, Dr. Lynne Kelly has since identified the powerful memory technique used by our ancestors and indigenous people around the world. In turn, she has then discovered that this ancient memory technique is the secret purpose behind the great prehistoric monuments like Stonehenge, which have puzzled archaeologists for so long.

The henges across northern Europe, the elaborate stone houses of New Mexico, huge animal shapes in Peru, the statues of Easter Island―these all serve as the most effective memory system ever invented by humans. They allowed people in non-literate cultures to memorize the vast amounts of information they needed to survive. But how?

For the first time, Dr. Klly unlocks the secret of these monuments and their uses as “memory places” in her fascinating book. Additionally, The Memory Code also explains how we can use this ancient mnemonic technique to train our minds in the tradition of our forbearers. Read more

Kelly is a science writer has spent a lot of time researching the methods used by ancient cultures to retain vast amounts of information about animals and plants. According to Kelly indigenous cultures memorized everything on which their survival — physically and culturally — depended.

Rhetorica ad Herennium: Ancient Book That Improves Your Memory Using Method Of Loci – You Can Test It Easily

“I recognized that Aboriginal elders were using their songlines in a similar way to the Ancient Greek orators who mentally walked through their buildings and streetscapes from location to location to help them memorize their speeches.

They called it ‘the method of loci’. Modern memory champions memorize shuffled decks of cards using the same method, walking through their homes or churches, grand buildings or public spaces in their imaginations as they recall each card. They call them memory palaces, “Kelly writes in her book.

Basically Kelly suggests that Stonehenge was an ancient database of knowledge of indigenous people and was used to remember important information about plants, hunting, navigation and later around agriculture.

Stone Age people were not so much different from us; they too had a need to remember certain things.

Kelly compared knowledge about the Aboriginals in Australia and the Indians both in North and South America, and identified a number of indications of what she calls the memory spaces (experiential space).

Claus Jørgen Clausen, at the Niels Bohr Institute at Copenhagen who has PhD in astrophysics and investigated the connection between agricultural societies in the early Neolithic and ancient passage graves scattered across Europe thinks Kelly’s theory is very interesting.

Stone Age people mapped the Lunar Cycle with directions with superb accuracy, and not only that! Ancient passage graves were also used as maps!

So, if Stone Age people could create such sophisticated maps based on the Lunar Cycle, then these people would also be able to construct an ancient database of knowledge.

Kelly says the list of archaeological sites matching the pattern is growing daily and two ancient sites in particular are of special interest and could also have been constructed as a memory codes. There are Chaco Canyon in New Mexico and Poverty Point in Louisiana.

Lynne Kelly – The Memory Code: The Secrets of Stonehenge, Easter Island and Other Ancient Monuments