Cynthia McKanzie – MessageToEagle.com – Theoretical physicist Albert Einstein (1879 -1955) is a prominent scientist we associate with the special and general theory of Relativity.

Everyone is familiar with Einstein’s contributions to science as well as influence on the philosophy of science, but did this great genius also welcome other more unorthodox scientific subjects like telepathy? How open-minded was Einstein in reality? 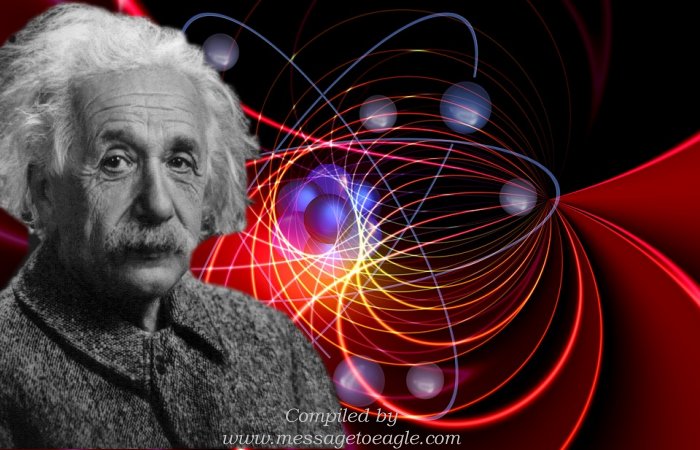 Actually, Einstein did believe in telepathic abilities and he was once said “I close these expositions, which have grown rather lengthy, concerning the interpretation of quantum theory with the reproduction of a brief conversation which I had with an important theoretical physicist. “I am inclined to believe in telepathy.”

Was Einstein aware that quantum mechanics could explain telepathy?

Many who claim to have telepathic powers are charlatans. We have previously seen how the Zancig Code can turn anyone into a telepath.

A majority of modern scientists dismiss telepathic abilities, but there are also a few those who suggest we have not investigated the phenomenon well enough and genuine telepaths could exist.

Albert Einstein was by no means a scientist who encouraged studies of alleged psychic powers. Einstein was a down-to-earth man, but he could appreciate the mysteries of our world and the Universe. As Einstein once said, “The most beautiful thing we can experience is the mysterious. It is the source of all true art and science. He to whom the emotion is a stranger, who can no longer pause to wonder and stand wrapped in awe, is as good as dead; his eyes are closed.”

Einstein’s Meeting With Wolf Messing And The Telepathic Experiment

Wolf Messing (1899 – 1974) was a famous psychic and telepath whose powers were taken seriously by Stalin.

Messing possessed the ability to find hidden objects, read minds, predict the future, and use the power of suggestion. He became the most famous European psychic in the 1920s and 1930s.

Is There A Universal Mind Or Is Quantum Consciousness A Myth?

In Amazon Prime’s “The Secret KGB Paranormal Files”, host Roger Moore reveals that within uncovered KGB files there is information about Messing’s meeting with Sigmund Fraud and Albert Einstein.

During this meeting that took place in Einstein’s apartment, Messing demonstrated his telepathic abilities.

According to Russia Beyond, “Messing said to Freud: “Make a wish, and your wish is my command.” Then he came to Einstein and pulled three hairs out of his mustache. “Is this what you wished for?” he asked, turning to Freud. “Yes,” Freud replied.”

Einstein must have taken telepathy seriously or he wouldn’t have written the preface to Upton Sinclair’s book Mental Radio that was published in 1930 in which the authors discussed psychic powers. 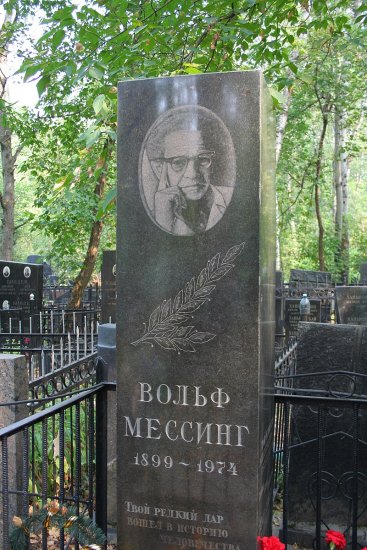 Grave of Wolf Messing in the cemetery Vostryakovo in Moscow. Credit: A. Savin, CC BY-SA 3.0

By writing the foreword to a book about telepathy Einstein was risking his reputation as a serious and logical scientist.

“I have read the book of Upton Sinclair with great interest and am convinced that the same deserves the most earnest consideration, not only of the laity but also of the psychologists by profession.

The results of the telepathic experiments carefully and plainly set forth in this book stand surely far beyond those which a nature investigator holds to be thinkable. On the other hand, it is out of the question in the case of so conscientious an observer and writer as Upton Sinclair that he is carrying on a conscious deception of the reading world; his good faith and dependability are not to be doubted.

So if somehow the facts here set forth rest not upon telepathy, but upon some unconscious hypnotic influence
from person to person, this also would be of high psychological interest. In no case should the psychologically interested circles pass over this book heedlessly,” Einstein wrote in the preface on May 23, 1930.

So it’ fair to say that Einstein did support the possibility telepathy could be real, and yes, he was an open-minded scientist.